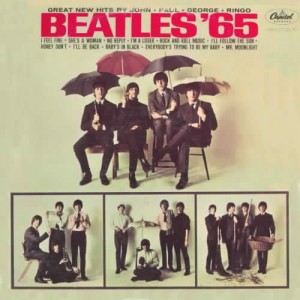 1965, The Beatles started a nine week run at number one on the album chart with Beatles 65, the group’s fourth chart topper.

1965, John Lennon makes a guest appearance on the British satirical TV show Not Only, opposite comedians Peter Cook and Dudley Moore.

1966, The Who played at the Cosmopolitan Club in Carlisle, Cumbria, England.

1967, “I’m a Believer,” written by Neil Diamond and recorded by ‘The Monkees’ is number one in the US.

1967, The Beatles record the flutes, trumpets, piccolos and flugelhorn for “Penny Lane.”

1969, Jimi Hendrix appeared at the Concert House in Stockholm, Sweden.

1970, During a UK tour Led Zeppelin appeared at The Royal Albert Hall, London, the night of Jimmy Page’s 26th birthday. (John Lennon, Eric Clapton and Jeff Beck were all in the audience). The two and a quarter hour set was recorded and filmed but shelved for several decades, eventually seeing a release on a 2003 official DVD.

1971, Pink Floyd are at EMI Studios in London recording the forthcoming album Meddle.

1973, Mick Jagger was refused a Japanese visa on an account of a 1969 drug conviction causing The Rolling Stones to cancel a forthcoming tour.

1973, Bob Dylan and The Band performed at Maple Leaf Gardens in Toronto.

1975, Elton John’s version of The Beatles’  “Lucy in the Sky with Diamonds” is number one in the US. John Lennon makes good on a promise to Elton for appearing on his recording of “Whatever Gets You Through The Night.” He is credited on the record as Dr. Winston O’Boogie, Winston being Lennon’s middle name.

1975, KISS played at the Commodore Ballroom in Vancouver, Canada. 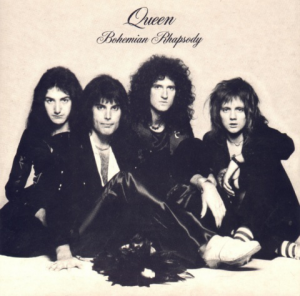 1976, Queen were at number one on the singles chart with “Bohemian Rhapsody.”The single enjoyed a nine week run on the charts, selling more than a million copies by the end of the month.

1981, The Allman Brothers Band performed at the Wicomico Civic Center in Salisbury, Maryland.

1982, The Human League went back to number one on the UK album chart for three weeks with Dare.

1997, David Bowie performed his 50th Birthday Bash concert (the day after his birthday) at Madison Square Garden, New York with guests Frank Black, Sonic Youth, Robert Smith of The Cure, The Foo Fighters, Lou Reed, and Billy Corgan and Placebo. Proceeds from the concert went to the Save The Children fund.

2003, A grand piano once owned by Elvis Presley was sold for $685,000 (£425,711). Music producer Robert Johnson and partner Larry Moss sold the piano to the chairman of the Blue Moon Group, Michael Muzio who was planning to take the piano on a casino-sponsored promotional tour. He was then planning for the piano to be shown at the proposed rock museum at Walt Disney World.

2005, Elvis Presley went to number one on the UK singles chart with “Jailhouse Rock.” The single sold just 21,262 copies to reach number one, the lowest sales ever for a UK chart topper since data began in 1969. The single was released to celebrate the 70th anniversary of his birth, a previous Elvis chart topper was re-released each week.

2009, Dave Dee died at the age of 65, following a three-year battle with cancer. The UK singer had eight top 10 hits, with Dave Dee, Dozy, Beaky, Mick and Tich including a UK number one single in 1968 with “The Legend of Xanadu,” in which Dee famously cracked a whip. The singer, whose real name was David Harman, was originally a police officer and as a police cadet was called to the scene of the car crash that killed Eddie Cochrane during a UK tour in 1960.