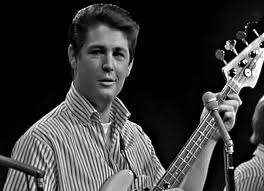 1964, Beach Boy Brian Wilson married Marilyn Rovell in Los Angeles. The couple divorced in 1979. Marilyn and her sister and cousin were in a group, The Honeys, who were produced by Brian Wilson. Marilyn and Brian had two daughters, Carnie and Wendy, who became members of Wilson Phillips.

1964, Jerry Lee Lewis, on his first tour of the UK, appeared at The Town Hall In Birmingham with The Yardbirds, Twinkle, and The Quite Five.

1967, Otis Redding went into the studio to record “(Sittin’ On) The Dock Of The Bay.” The song went on to be his biggest hit. Redding never saw its release. He was killed just three days later in a plane crash.

1967, The Beatles Apple boutique on 94 Baker Street, London, opened its doors. The store closed seven months later when it fell foul of council objections over the psychedelic mural painted on the outside. All the goods from the shop were given away free to passers by and to people who had queued throughout the night for a chance of getting a free item.

1968, The Grateful Dead perform at Bellarmine College in Louisville, Kentucky.

1968, Pink Floyd are part of an all day festival billed as Kaleidoscope ’68 at Liverpool Stadium, in Liverpool England.  Starting at noon and continuing until 1:30 am, the bill also included The Move, Cliff Bennett, The Perfumed Garden, The BJ’s, Reason Why, The Klubs, The Mumbles, The New Mojo Band, The Curiosity Shoppe, The Pattern People, The Chapter Six, Mick Burns, and The Humphrey Lyttleton Band. 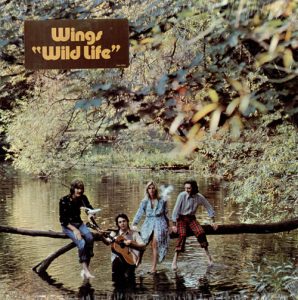 1971, Paul McCartney’s band Wings released their debut, Wild Life. It was  recorded in just over a week with the mindset that it had to be instant and raw in order to capture the freshness and vitality of a live studio recording. Five of the eight songs were recorded in one take. Paul McCartney later cited the quick recording schedule of Bob Dylan as inspiration.

1974, Barry White was at number one on the singles chart with “You’re The First, The Last, My Everything,” the singer’s first chart topper. It was originally written in the 1950’s as a country song with the title “You’re My First, You’re My Last, My In-Between.” 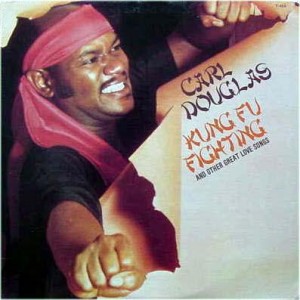 1974, Carl Douglas started a two-week run at number one on the US singles chart with “Kung Fu Fighting.” The song was recorded in ten minutes, had started out as a B-side.  It eventually went on to sell eleven million records worldwide, making it one of the best-selling singles of all time.

1978, Aerosmith performed at the Mississippi Coast Coliseum in Biloxi.

1979, The Police had their second number one single with “Walking on the Moon,” taken from their second album Reggatta De Blanc. The video for the song was filmed at Kennedy Space Center interspersed with NASA footage.

1981, The Rolling Stones played at the Capital Centre, Landover, Maryland.

1985, Mr Mister started a two week run at number one on the US singles chart with “Broken Wings,” a number four hit in the UK.

1991, George Michael and Elton John were at number one in the UK with a live version of “Don’t Let The Sun Go down On Me.” The song was a number two US hit for Elton in 1974. All proceeds went to AIDS charities.

1993, Manic Street Preachers co-manager Phillip Hall died from cancer. Hall was a former Record Mirror journalist and had also worked in PR for Stiff Records. He represented many acts including The Stone Roses, The Pogues, James, The Waterboys, The Beautiful South and Radiohead.

2005, The MBE medal that John Lennon returned to the Queen was found in a royal vault at St James’ Palace. Lennon returned his medal in November, 1969 with a letter accompanying saying, “Your Majesty, I am returning my MBE as a protest against Britain’s involvement in the Nigeria-Biafra thing, against our support of America in Vietnam and against Cold Turkey slipping down the charts. With Love, John Lennon.” Historians were calling for the medal to be put on public display.