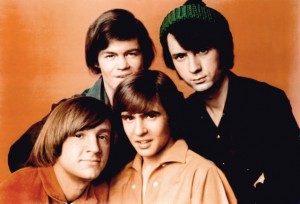 1967, Pink Floyd opened a four-date Scandanavian tour at the Boom Dancing Center in Aarhus, Denmark, supported by Wishful Thinking, Step by Step, Shaking Phantoms, and Barnet And His Dandy-Brothers. More than one thousand people attended the show. The microphones failed forcing the band to play an instrumental set.

1967, The Doors appeared at the Village Theater in New York City. The venue was to become The Fillmore East.

1972, Slade were at number one on the UK singles chart with “Mama Weer All Crazee Now,” the group”s third UK chart topper, taken from their album Slayed?

1972, Jim Croce started a five-week run at number one on the album chart with You Don”t Mess Around With Jim.

1973, Genesis performed at The Olympia Theatre, Paris, as they began touring in support of Selling England By The Pound.

1977, David Bowie appeared on Marc Bolan’s ITV show, Marc, singing “Heroes” as well as a duet with Bolan, “Standing Next To You,” which is prematurely terminated when Bolan fell from the stage, much to Bowie’s amusement. After the show the pair recorded demos together which were never finished because Bolan was killed in a car crash a week later.

1989, New Kids On The Block scored their second US chart topping single with “Hangin’ Tough,” also a number one in the UK in 1990. The group also went to number one on the US album chart on this day with Hangin’ Tough.

1992, Nirvana’s Krist Novoselic knocked himself unconscious during the MTV music and video awards after being hit on the head with his guitar after throwing it ‘up in the air’.

2004, US guitar maker Ernie Ball died after a long illness. In the late 50’s Ball opened the first music store in the USA in Tarzana, California to sell guitars exclusively. He developed the guitar strings called ‘Slinkys’ specifically designed for rock and roll electric guitar.

2014, Scottish guitarist Robert “Throb” Young died at the age of 49. Young founded Primal Scream with school friend and singer Bobby Gillespie in Glasgow in 1984. As a member of Primal Scream, Young performed on all of the group’s records up to 2006’s Riot City Blues, and including their most famous album, Screamadelica.