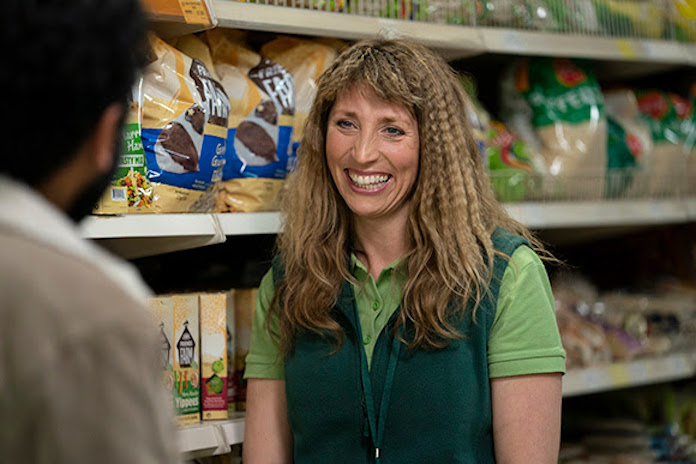 Back to Life (Season two)

The second season of this part fast-paced half-hour comedy and part super-dark, slow-burning sinister drama picks up three weeks after where the first season left off. Miri, portrayed by series creator and co-writer Daisy Haggard, the newly paroled main protagonist is still trying to find her way back to some kind of life after her 18-year imprisonment, since she was a teenager.

The short amount of time that has passed since Miri’s release hasn’t made things any easier for her return to society. The small town of Hythe still is not willing to forgive her the murder they believe she’s responsible for, which was the main through-line for the first season, but that’s becoming the least of Miri’s problems. Instead, the people closest to her are the ones that are giving her the most static, most of which was relieved toward the end of the last season.

Miri’s mother had an affair with her ex-boyfriend, Dom. Now her parents are having major issues and sniping at each other in the cruelest way. It was revealed that Miri’s best friend Mandy was having an affair with the headmaster of their school when Miri was accused of killing his daughter. She is not on speaking terms with either of these people, not to mention Dom, which effectively cuts her off from everyone that was ever on her side.

But the burgeoning relationship with the newly-widowed Billy (Adeel Akhtar) next door is proving to be a saving grace for Miri, who, no matter how hard she tries, is dragged into questionable situations that she is doing her best to avoid. At the same time, she is the target of those who are still in pain over their losses.

While the humor of Back to Life’s second season is still razor-sharp, the sinister elements and the excruciating pain the characters override the laughs tipping the series into highly sensitive human interactions and feelings and dangerous feelings much more so than comedy.

This darkness is such a driving force of this season that it seems wrong to laugh out loud at Miri’s terrible choice to crimp her hair every day or the treasure that is Janice (Jo Martin), her parole officer who speaks the truth on the most basic level, making the mundane relatable and hilarious. Janice gets some more airtime this season, but it’s still not enough and she needs her own spin-off. Miri’s exchange with the bank teller when she tries to reactivate her account from 18 years ago is priceless. Billy’s mother (Meera Syal) and his family prove to be an excellent comedic break, which, frankly, with the amount of brooding darkness underscoring this season, is very welcome.

Six episodes per season is simply not enough of this charming. if disturbing, series, but it is just quick enough for a catch-up binge on Season One before settling in for the slow unveils of Season Two. (www.sho.com/back-to-life)