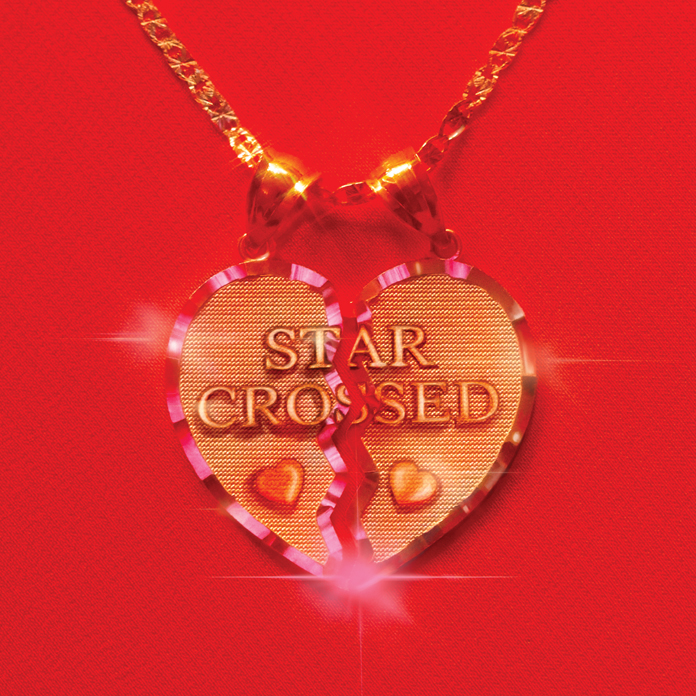 What light through yonder window breaks? Suffice it to say on Kacey Musgraves’ Romeo and Juliet inspired break-up album, star-crossed, the light is not that shared with her Golden Hour. Not anywhere close. On the album’s lowest point, the utterly toothless “breadwinner” (stack up next to The Chicks’ “Gaslighter,” if you need proof), Musgraves bemoans that no one warned her that she was not equally yoked to her two-bit country singer husband-to-be, Ruston Kelly. That was certainly obvious to the everyday Musgraves’ fan, even prior to her deservedly blown-up platinum album status, and his absence on 2019’s The Kacey Musgraves Christmas Show cemented that further. Whether the dissolution of Musgraves’ and Kelly’s marriage was foretold by the fates or not, the story here holds no candle to that of Billy Shakespeare’s young lovers.

“Breadwinner” is the blueprint for everything that is wrong with star-crossed. Over a generic dance beat, Musgraves sings in the chorus: “He wants a breadwinner/He wants your dinner/Until he ain’t hungry anymore.” Just one particularly painful example of how lyrically uninspired star-crossed is overall. In the notes to the album, Musgraves states she is ready to move on from catchy turns of phrase, or what she calls “bumper sticker songs.” That feels both an affront to her own strengths and that of her late hero, John Prine. There was more wit and insight in the opening lines of Golden Hour’s “Slow Burn” than you will find across the 14 original songs here (the album ends with a Violeta Parra cover). And by rights she had the goldmine of a divorce to pull from. Instead you get trite platitudes about “the light at the end of the tunnel” (“there is a light”), “bending not breaking” (“what doesn’t kill me”), and “keeping your feet on the ground” (“keep lookin’ up”). Ho-hum sentiments to be sure.

On the brighter side, there are a few songs that show a bit of Musgraves’ earlier spark. “Simple times” recalls brighter days “kickin’ it at the mall,” where an album like star-crossed would be sure to be found in Sam Goody’s cut-out bin. The song for some reason shares a hint of an Asian influenced riff from the inexplicably Japanese themed “cherry blossom” that precedes it. The most heart shown here appears on the softly focused “camera roll,” where Musgraves has a moment of reflection in moving on from her marriage. Where the photos on her phone are in “chronological order and nothing but torture.” And even the finger-picked throwaway “hookup scene” paints a picture of regret. Maybe because these songs aren’t taking a half-hearted swipe at her ex they come off with a touch more honesty, even if lacking in hooks.

But the balance of star-crossed is full of cringe-worthy lyrics and failed efforts to move further into pop (“good wife”) and dance (“what doesn’t kill me,” “breadwinner”) realms. Produced by the same team as Golden Hour (Daniel Tashian and Ian Fitchuk), it’s hard to assess how that album’s gossamer sheen, that enchantingly revealed subtle hooks and melodies, gave way to almost nothing that stands out. The best songs here pale in comparison to Golden Hour’s highlights or those of her earlier albums. Making the prior album’s “Velvet Elvis” appear to have every bit of the depth of Shakespeare’s most strident of soliloquies.

“If love be rough with you, be rough with love,” says Mercutio in Romeo and Juliet. Musgraves will likely survive star-crossed and move forward, but like her marriage to Kelly, damage was sustained in the process. Nothing a little paint and powder can’t fix for someone early in their career, and life for that matter. That her producers didn’t better guide her is a little less forgivable, but considering the album is accompanied by a film of equal length, it’s not exactly clear who was calling the shots here. Ultimately, star-crossed is the sound of an artist trying desperately to change lanes without the aid of mirrors or blind spot detection. (www.kaceymusgraves.com)