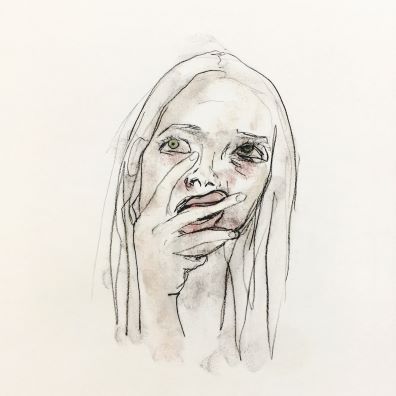 ‘Til I Start Speaking

‘Til I Start Speaking, the debut album from Minneapolis-born singer/songwriter Katy Morely, has been a long time in the making. Morley has been releasing music as Morly (sans the “e” in her name) since 2015, first with a handful of subdued trip-hop-tinged EPs, and most recently with a smokey jazz-bar style on the Sleeping In My Own Bed EP. She’s simultaneously been wrestling with the competing calls of music and grad school, all while struggling with the pains of chronic illness. During stints between Minneapolis, London, and Los Angeles, her debut record slowly and inexorably took shape, as Morly distilled her stripped-back jazzy instrumentation and heart-rending songwriting into their most potent form yet.

With each track on her debut, Morly reveals a songwriter of uncommon grace and honesty. She works in the barest essentials, her silken vocals rarely ascending past a subdued smokey croon. She is most often backed only by glimmers of jazz-tinged piano and soft brushes of percussion, tracing rich acoustic beauty and dancing through contemplative stories of love, longing, and heartbreak. Yet, she rarely veers outright into minimalism, instead conjuring quiet and slow-burning power. Tracks like “Jazz Angel (Bill)” and “Wasted” sport a swooning noir beauty, with carefully arranged instrumental touches revealing untold layers of thoughtful craftsmanship.

In Morly’s hands, the day-to-day becomes the stuff of heartrending drama. She draws from an inner world, finding her at some turns heartbroken and at others head-over-heels in love. At her best, she brings her visions to life with startling specificity, as with the scene-setting opening lines of “Up Above一“At home/Dinner cooking on the stove/And Nina singing to my soul.” With the preceding song, “Twain Harte,” she draws even more directly from her own life, referencing her love of painting and the transatlantic love story that brought her to London to be with her partner. The track is a love ballad for the ages, the apex of the album’s precious moments of lovestruck beauty.

Yet the album works not only as a collection of glossy narratives of love and loss but as a portrait of Morly’s expanding creative vision. Though ‘Til I Start Speaking has been a long time in the making, it is still a debut in the truest sense. Morly has plenty of room to grow and these songs feel like the first steps into a wider creative world. Morly herself says as much on the first track. The track’s spacious electronic distortions coalesce into gorgeous acoustic balladry in its latter half, all as Morly repeats the refrain like a mantra一“I won’t know/What I can say/’Til I start speaking.”

Morly finds her voice on her debut, exploring not only visions of domestic bliss, but accompanying newfound independence. Morly radiates a quiet confidence on moments like “Sleeping In My Own Bed” or “Superlunar II,” where she confesses, “I know I want to be more than just wanted/Only a wife to the grave.” Morly has already described her debut as “nine sleep bangers and a bop.” ‘Til I Start Speaking certainly leans heavier on the sleep bangers than bops, but the resulting record is invariably beautiful and heartfelt, a work of quietly building confidence as Morly settles into her creative vision. Morly’s opening an exciting new world of potential with her debut. Now that she’s started speaking, only time will tell what more she has to say. People shall certainly be listening. (www.morly.bandcamp.com)