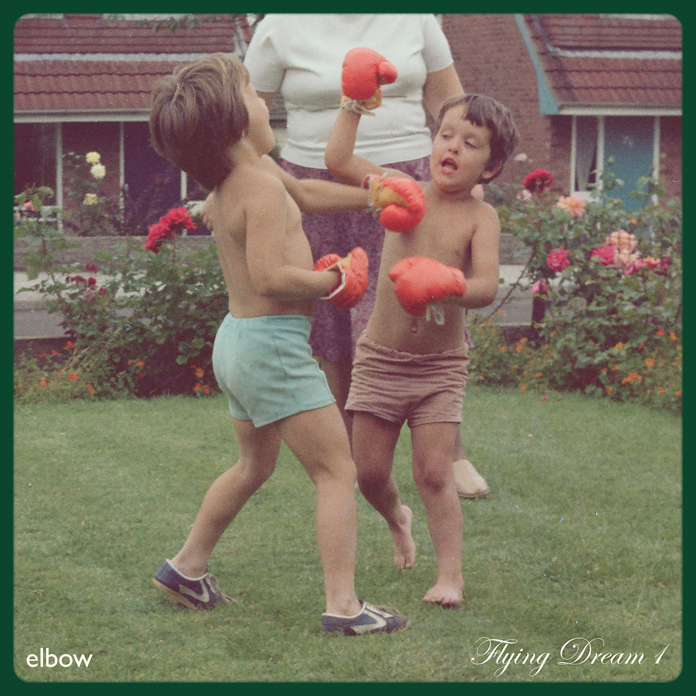 Flying Dream 1 Due Out November 19 via Polydor

Elbow have announced a new album, Flying Dream 1, and shared a trailer for the album. Flying Dream 1 is due out November 19 via Polydor. Check out the trailer below, followed by the album’s tracklist. Above is the album’s cover art.

The band wrote the album remotely in their home studios. Then they convened in person and perfected the songs in the empty Brighton Theatre Royal, where they also recorded the album.

“Hiring a two hundred year old theatre that has never in its history been closed for so long was something that could only be done under the circumstances,” Garvey says in a press statement, “nice to turn it on its head in that way.”

“Recording in a splendid generous space with no audience was something that throws an anchor in the times that the record was made in,” he adds.

Garvey says that recording the album allowed the band’s members time to catch up in a way that they couldn’t in the height of the lockdown. “We don’t phone each other for a chat,” he says. “We don’t talk about life outside the music until we’re together. These hushed, night-time missives told us how each other were doing. When we finally got together, all that was to do was record the songs, honor them with amazing additional singers and players in a gorgeous space and catch up. It was beautiful.”

Of the album’s sound and influences, Garvey says: “We realized we were making a record free of the usual creative guidelines. We love patient, quiet, whole albums like the last Talk Talk records. John Martyn’s Solid Air and Bless the Weather, PJ Harvey’s Is This Desire, Chet Baker Sings, The Blue Nile’s Hats. Kate Bush’s Hounds of Love and Van Morrison’s Astral Weeks. We’ve always written songs like this, but it felt natural to make an album that focuses on the gentler side of our music.”

The band’s keyboardist Craig Potter produced the album, as he did with the band’s last five albums.

Elbow’s last album was 2019’s Giants of All Sizes (read our rave review of the album).

(Via Brooklyn Vegan and NME)