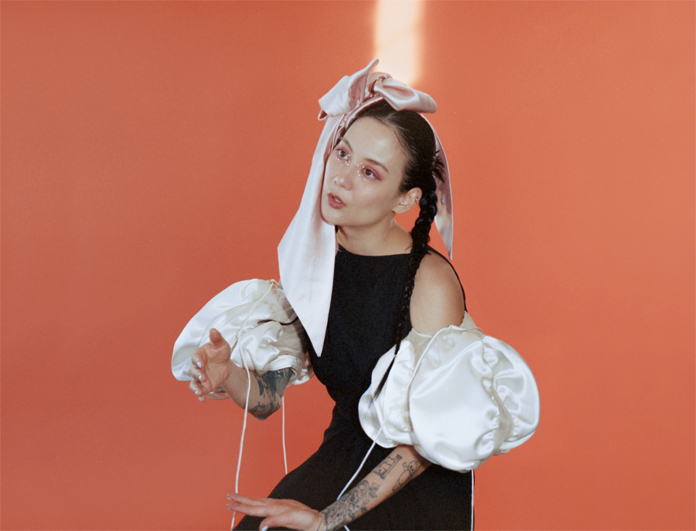 Japanese Breakfast (aka Michelle Zauner) has done the soundtrack for the video game Sable, which will be released on September 24 via Sony Music Masterworks, the same date the game is due out. Now she has shared another song from the soundtrack, “Glider,” which she first teased way back in 2018. Listen below, followed by the soundtrack’s tracklist and cover art.

Zauner had this to say about the soundtrack in a press release: “I was so lucky Daniel Fineberg and Gregorios Kythreotis from Shedworks invited me onto this game so early on. I was immediately captivated by the world they’d built, a desert planet filled with mysterious natural and architectural wonders, and the story they’d imagined, one of a young girl coming of age through exploration. It was important to me that each biome in this world felt unique. I used woodwinds and vocal layering to make monumental ruins feel ancient and unknown, industrial samples and soft synths to make atomic ships feel cold and metallic, classical guitar and bright piano to make encampments feel cozy and familiar. I wanted the main themes to recall iconic works of Joe Hisaishi and Alan Menken, to fill the listener with the childlike wonder of someone on the precipice of a grand discovery.”

Sable is an open world adventure game from indie game developer Shed works and publisher Raw Fury and it will be available for the Xbox Series X|S, Xbox One, and PC.

In June a trailer for the game was released that featured part of a new Japanese Breakfast song, “Better the Mask.” She previously performed “Glider” at the the Summer Game Fest livestream.

In June, Japanese Breakfast released a new album, Jubilee, via Dead Oceans (stream it here). At the time we posted our rave review of the album (read that here).

Japanese Breakfast is on the cover of our latest print issue (buy a copy directly from us here to read the in-depth cover story).

In a previous press release, Zauner had this to say about her new album: “I’ve never wanted to rest on any laurels. I wanted to push it as far as it could go, inviting more people in and pushing myself as a composer, a producer, an arranger.”

Zauner’s most recent album, Soft Sounds From Another Planet, came out in July 2017 on Dead Oceans and was one of our Top 100 Albums of 2017.

Read our 2017 interview with Japanese Breakfast on Soft Sounds From Another Planet.

In April, Zauner put out her debut memoir, Crying In H Mart, on Knopf. The book debuted at #2 on The New York Times’ Hardcover Nonfiction Best Sellers List. Crying in H Mart is partly about the death of Zauner’s mother to cancer and how the two bonded over Korean food. It has since been announced that the book is being adapted into a feature film by MGM’s Orion Pictures. Japanese Breakfast is also doing the music for the film, which will be produced by Stacey Sher and Jason Kim. Read our review of Crying In H Mart.