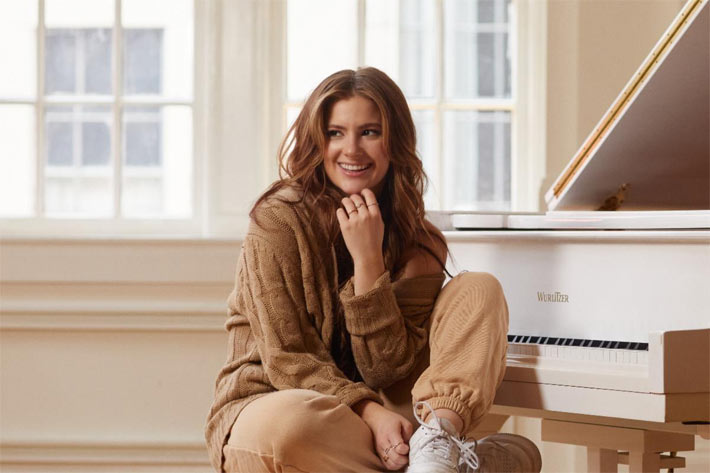 
NASHVILLE, TN. – On Saturday, August 28th Riley Clemmons will make her long awaited national television debut on Fox & Friends. The star on the rise has had an incredible few months and quickly became one of the hottest developing acts of the summer. She performed at the MusiCARES x Amy Winehouse Foundation “Back To Amy” benefit, was tapped as one of People Magazine’s “Artists to Watch,” and Rolling Stone singled out one of her songs as a pick of the week. She will be performing a very special stripped-down version of the title track from her new album, “Godsend.” This marks the first in-person performance for Fox & Friends since they returned to studio earlier this summer. Fox & Friends airs at 6:00 a.m. local time on FOX with Clemmons’ performance slated for 9:50 a.m.

This fall Riley will embark on a 23-date tour throughout the US with 8x GRAMMY Nominee Tauren Wells. The tour kicks off on October 21st in Grand Rapids and make stops in Charlotte, Orlando, Houston, Denver, and Sacramento among others before wrapping on November 21st in Redding, CA. Tickets are available now at www.rileyclemmons.com/tour.

Riley Clemmons is a 21-year-old artist from Nashville, TN who has accumulated nearly 250 million global streams and 50 million YouTube video views in her young career. After spending years honing her craft in writers’ rooms, Riley sky-rocketed onto the scene with her 2017 Capitol CMG debut single “Broken Prayers,” which has generated over 30 million global streams to date. Her 2018 self-titled album debut quickly entered the Billboard Heatseekers chart, entering at No. 13. Her latest album, Godsend, has received wide critical acclaim and has quickly established Riley as an artist to watch. The album’s single, “Keep On Hoping,” has become the fastest growing single of her young career, breaking Top 20 on Billboard and MediaBase Radio charts while garnering millions of streams worldwide. An accomplished composer, performer, producer, and recording artist, Riley draws inspiration from life experiences, blending musical influences ranging from pop to classic rock to create music that is as catchy as it is relatable.