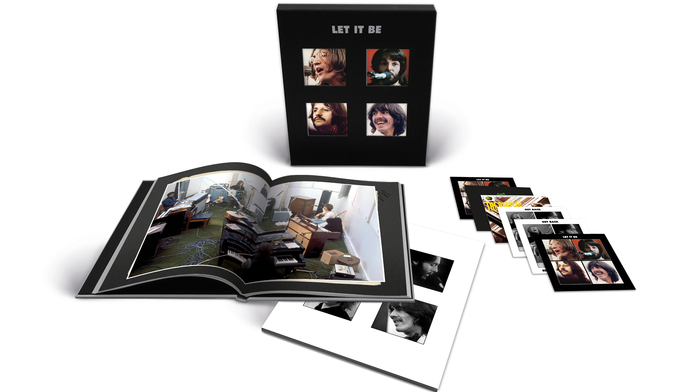 The Beatles Announce Special Edition of 1970’s “Let it Be”

Due Out October 15 via Apple Corps Ltd./Capitol/UMe

The Beatles have announced a special edition reissue of their 1970 album Let it Be. The expansive box set will feature the original album in a new stereo mix, an earlier 1969 version of the album titled Get Back, studio rehearsals, a 1969 Glyn Johns mix of Get Back, and an EP consisting of new mixes of songs from Let it Be. The set also features a Blu-ray disc of the album in Dolby Atmos and DTS-HD Master Audio 5.1 sound, in addition to a 105-page hardbound book entitled The Beatles: Get Back, which features essays, photos, lyrics, and more. It will be out on October 15 via Apple Corps Ltd./Capitol/UMe.

A new three-part documentary created by Lord of the Rings director Peter Jackson also titled The Beatles: Get Back will premiere on Disney+ from November 25-27. Paul McCartney speaks about the new film in the foreword to the book, stating: “I had always thought the original film Let It Be was pretty sad as it dealt with the break-up of our band, but the new film shows the camaraderie and love the four of us had between us. It also shows the wonderful times we had together, and combined with the newly remastered Let It Be album, stands as a powerful reminder of this time. It’s how I want to remember The Beatles.”

The set will be available in a 5-CD/Blu-ray set, a 4-LP/12-inch EP vinyl set, standard and deluxe CD editions, and a standard vinyl edition in addition to streaming.

McCartney’s most recent album, McCartney III Imagined, came out this April on Capitol.