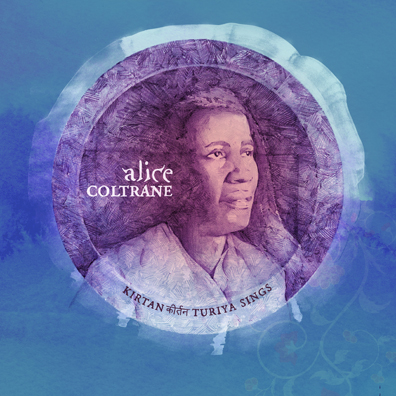 Originally self-released through Alice Coltrane’s publishing company The Avatar Institute in 1982 on cassette only and then only unofficially reissued in Germany during the last 10 years, this is the first official reissue of this beautiful and unique album, originally intended for students at the same institute (The Vedantic Center) where she was the spiritual director of an ashram and lived for many years. By this time a swamini and well-versed in Hinduism, the music here is unlike anything she made on her more well-known ’60s and ’70s records, both with her late husband John Coltrane and as a bandleader on such landmark records as A Monastic Trio; Ptah, the El Daoud; Journey in Satchidananda; and Eternity.

Instead of a multi-instrumental jazz record featuring a band, this is just Alice singing while playing the organ, singing bhajans (solo chants) with titles like “Krishna Krishna” and “Govinda Hari” since they were intended as devotional music. Whereas the original release added strings and synthesizer, this reissue takes off that accompaniment, leaving a spare, gorgeous, spiritual, and otherworldly feel perfect for deep, meditative listening or just relaxing. The packaging is also stellar, featuring a brand new, redesigned cover, a gatefold sleeve, and a beautiful lyric booklet that also includes liner notes from her son Ravi Coltrane and daughter Michelle Coltrane, both also accomplished musicians in their own right. (www.alicecoltrane.com)