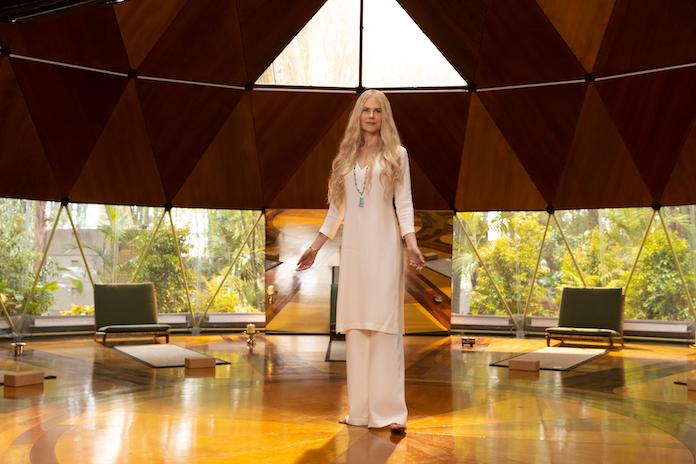 The premise of Nine Perfect Strangers is simple. Nine guests show up at a tranquil retreat, aptly named ‘Tranquillum House,” located in the isolated countryside of Northern California. Each guest comes from a very different background with a widely divergent past. These are highlighted through flashback sequences scattered through the first few episodes. While they are there for different reasons, one thing the guests all share is an interest in the retreat’s peculiar leader, a Russian woman named Masha (Nicole Kidman).

Initially, the guests are unfriendly. Bitter rivalries form instantly, and practically every conversation is filled with snarky comments, low-blows and high drama. They have so much disdain for being there, you wonder why they paid to go on the retreat in the first place.

As the 10-day retreat progresses, things begin to change. The guests start making connections and open up to one another about their trauma and tumultuous pasts. Masha’s retreat program seems to be working as everyone’s mental health and wellness is improving. But, there are many secrets lurking beneath not only guests’ surface, but also the retreat’s employees and the program itself. In a confined place like Tranquillum House, it’s hard to keep anything a secret.

Nine Perfect Strangers is an ensemble series with a stacked cast with Michael Shannon, Melissa McCarthy, Luke Evans, Regina Hall and Bobby Cannavale. While each actor deftly personifies their individual characters, the ensemble as a whole is unable to sell character interactions in a way that feels natural. The result is a series that has just as much of a façade as its characters do. There are moments of genuineness, particularly when characters interact or form relationships with one or two other people. But for the most part, the conversations feel calculated and manufactured, and, as a result, tiring and nearly impossible to buy into.

There is also a sense of inherent manipulation in how each episode of Nine Perfect Strangers is structured with the same progression: characters interact, which drags the series down, important information and reveals are restrained, then in the final moments before the episode cuts to the closing credits, a bombshell is dropped to keep you tuned in. While this tactic makes sense, the bulk of the episodes themselves lag as a result. It rarely feels like the story is actually progressing in a meaningful and interesting way, mainly because of how each episode is the same conversations and character beats repeated ad nauseam.

Even with these setbacks, Nine Perfect Strangers–which is executive produced by Moriarty and helmed by David E. Kelly of Big Little Lies–is entertaining enough. The series’ twists and turns keep you on your toes. Even though their repeated attempts at cracking jokes almost always fail, the ensemble have the rare good moment together, particularly after the main twist is revealed. But, Nine Perfect Strangers suffers from the same chronic issue that so many television adaptations of juicy novels do: it fails to capture the sneaky, get-under-your-skin tendency of its engrossing source material. While Nine Perfect Strangers may be a serviceable popcorn binge, it’s difficult to imagine that the series will leave any sort of long-lasting impression on its audience. The first three episodes premiere at once, followed by a weekly episode release. (www.hulu.com/series/nine-perfect-strangers)