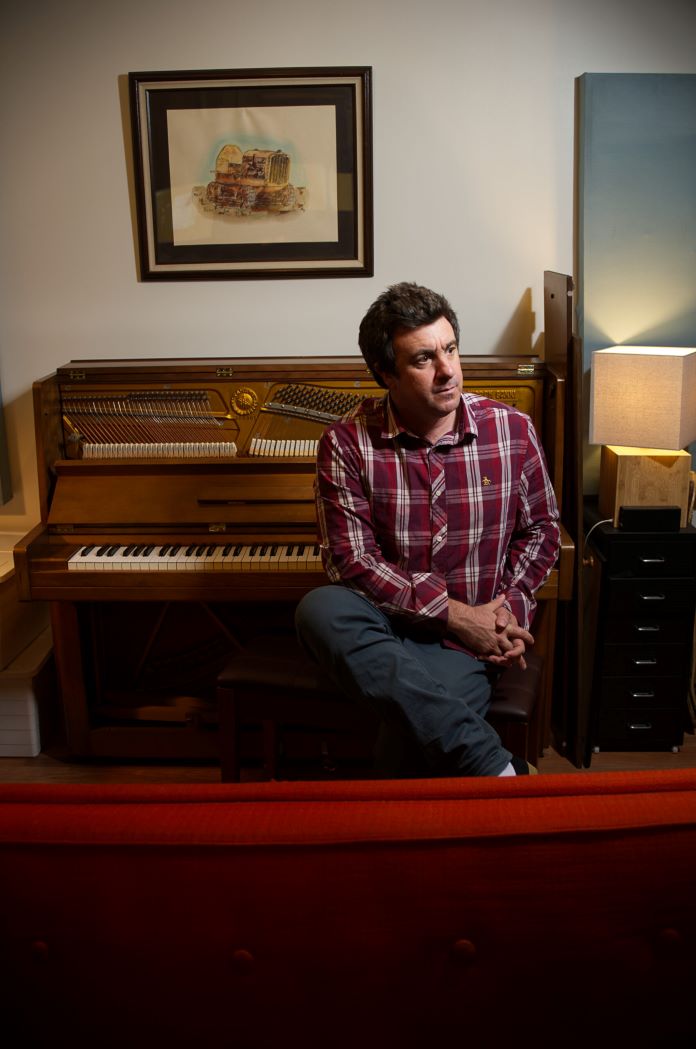 Indie music veteran Nik Freitas has had a wide-ranging career, playing as a member of Conor Oberst’s Mystic Valley Band and Broken Bells, and collaborating with The Shins, M. Ward, Maria Taylor, Jenny Lewis, and more. Beyond his work as a collaborator though, he’s been a prolific singer/songwriter in his own right, most recently sharing his latest album last year, Cavalo Morto. Over the pandemic, Freitas wrote his tenth musical offering, his upcoming EP, Searching for Device. Today he’s back with the latest single from the EP, “After the Fire,” premiering with Under the Radar.

“After the Fire” is a fittingly apocalyptic track, capturing the anxiety of our current moment, all with the silver lining of hope that things could get better after the fire. Freitas conjures stirring instrumental drama, backed by tumbling piano lines as he meditates on isolation and the destruction burning just outside his door. The track’s moment of hope comes on the bridge as the instrumental transforms into a sunny Beatles-esque melody, offering a momentary glimpse of a better future.

Freitas explains of the song: “I was originally singing “after the flood” when I was coming up with this one, but “after the fire” started to make more sense. We were living up in this hilly area when the fires hit Southern California. We had a big window facing west all you could see was smoke. The cars were covered in Ash. I think that and then mixed with this growing virus spreading everywhere, it just felt like everything was under siege or something. Again, reflections of life during the shutdown. Waiting for it all to be over. I wanted the bridge in this one to be different from the rest of the song instrumentally, and with a tinge of hope in it. ‘Don’t you want to be ready for some light after a fire?’”

Check out the song below and watch for Searching For Device, coming September 15th via Park the Van.