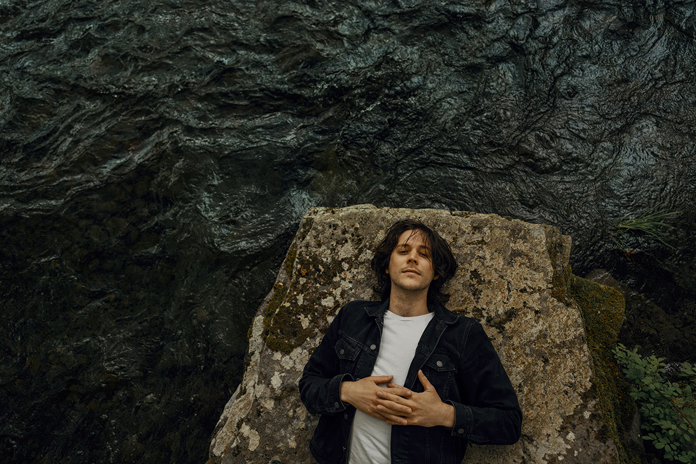 Time to Melt Due Out October 29 via Fat Possum

Sam Evian has announced a new album, Time to Melt, and shared its first single, “Knock Knock,” via a video for it. He’s also announced some new tour dates. Time to Melt is due out October 29 via Fat Possum. Check out “Knock Knock” below, followed by the album’s tracklist and cover art, as well as the tour dates.

Evian recorded the album in his own studio, Flying Cloud Recordings, in a Catskills town in Upstate New York, where he lives with his romantic partner, fellow musician Hannah Cohen after decamping from New York City. The album was recorded during the pandemic and it features Cohen, as well as remote contributions from Spencer Tweedy, Chris Bear, and Jon Natchez (The War on Drugs).

“‘Knock Knock’ is a song of commiseration,” says Evian in a press release, of the new single. “It’s a conversation with my sibling, and really anyone else with a conscience. We talk a lot about the small town in Eastern North Carolina where we grew up, and why we left. Growing up we saw a lot of racism, violence, poverty, disparity, ignorance…all of it not so hidden under a veil of southern hospitality and dogmatic beliefs. A year later after George Floyd’s murder, I hope we can keep the conversation going. The veil is lifted for all to see. Knock knock—who’s there? A broken America.”