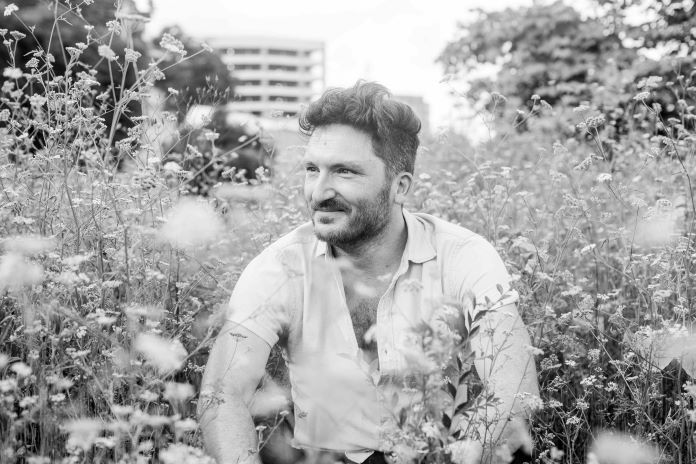 New Album, The Highway Moves The World, Coming In 2022

Durham, NC-based band The Pinkerton Raid is building to the release of their upcoming fifth studio album, The Highway Moves The World, due out in 2022. Over four records the band has steadily pulled in influences from across the folk and Americana world, but has recently hinted towards a new indie rock turn with the swaggering style of their recent singles “Au Cheval” and “Cinnamon Sweet.” Now the band is sharing the video for their most recent single, “Lisbet Cries,” premiering with Under the Radar.

Vocalist and songwriter Jesse James DeConto most especially shines on “Lisbet Cries,” showing off his talents as an emotive storyteller. The band weaves an emotionally potent tale of grace and empathy, backed by winding guitar lines and a standout plaintive trumpet solo. Meanwhile, the accompanying animated video tells the song story in innocent storybook imagery, adding a new heartwarming layer of meaning to the song.

Deconto explains of the song and video, “‘Lisbet Cries’ is a song that started with the experience of my sister, Suzanne ‘Elisabeth’. She would cry unconsolably through a lot of her young childhood. It seemed as if she felt the pain of the world more acutely than other people. She struggled for direction in her teens and early 20s, and eventually found her calling as a schoolteacher while volunteering with kids in developing overseas communities. Intense feelings about her own experience turned into powerful empathy and compassion for others.

With the video animation, I wanted to communicate this universal story and steer clear of the paternalistic sort of colonialism where white Americans are always taking care of somebody ‘weaker’. Indonesian animator Aldy Kusuma placed the story in a culturally vague setting with ethnically vague characters, trying to bring out the basic human story of feelings and suffering too big to get our arms around. It had been our old drummer Scott McFarlane’s idea to have a toy globe serve as the main character, pursued by Lisbet and her big feelings.”

Check out the song and video below and keep an eye out for more from The Highway Moves The World, coming In 2022.