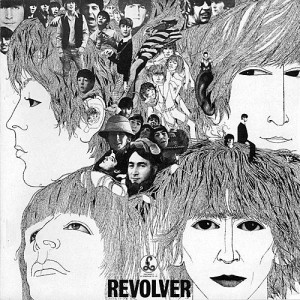 1966, The Beatles Revolver was released in the UK. The US release took place on August 8th. The album had many diverse influences and unique sounds including the incorporation of tape loops on the experimental “Tomorrow Never Knows”, the use of a classical string octet on “Eleanor Rigby”, and the sitar based Indian-music of “Love You To”.   “Eleanor Rigby” and “Yellow Submarine” became an international hit when issued as a double A-side single.

1967, The Monkees played at Kiel Auditorium in St. Louis, Missouri.

1968, The Who appeared at the International Amphitheater in Chicago, Illinois.

1968, Country guitarist Luther Perkins died at the age of 40 as a result of severe burns and smoke inhalation. Perkins fell asleep at home in his den with a cigarette in his hand. He was dragged from the fire unconscious with severe second and third degree burns. Perkins never regained consciousness. He worked with Johnny Cash and The Carter Family, and featured on the live album Johnny Cash at Folsom Prison.

1969, George Harrison recorded two Moog synthesizer overdubs for the song “Because,” that would appear on Abbey Road. George was one of the first to use the brand new instrument in the UK. He had purchased it in California the prior November.

1972, The Allman Brothers Band played at the Sports Arena in San Diego, California

1974, The Grateful Dead performed at the Civic Arena in Philadelphia, Pennsylvania.

1975, Drummer Sandy West and guitarist Joan Jett formed the first ever all female heavy rock band after being introduced by producer Kim Fowley. The band released four studio albums, among its best known songs, “Cherry Bomb,” “Queens of Noise,” and a cover of The Velvet Underground’s “Rock n Roll.” 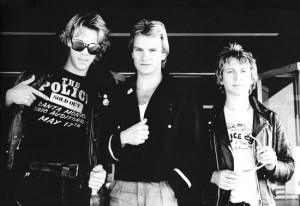 1977, The Police, The Clash, The Damned, The Boys, The Rich Kids, Electric Kellar and Asphelt Jungle all appeared at the Mont de Marsan Punk festival in France.

1978, Pete Meaden, former manager and publicist for The Who, committed suicide.

1978, The Rolling Stones went to number one on the US singles chart with “Miss You,” the group’s eighth US chart topper. It was a number three hit in the UK. The song was written by Mick Jagger after jamming with keyboardist Billy Preston  during rehearsals for the March 1977 El Mocambo club gigs.

1983, Crosby Stills Nash & Young member David Crosby was sentenced to five years in jail in Texas for cocaine and firearms offenses. Crosby had slept through most of his trial.

1984, Bruce Springsteen played the first of ten nights at the Meadowlands in New Jersey to mark the homecoming of the Born in the USA tour.

1992, Jeff Porcaro drummer from Toto died age 38. His death has been the subject of controversy.  Some speculation says the attack was caused by an allergic reaction to garden pesticide, while others suggest that Porcaro’s heart was weakened by smoking and cocaine use. Porcaro also worked with many other acts including Sonny and Cher, Roger Waters, Eric Clapton, Paul McCartney, Steely Dan, Paul Simon and Boz Scaggs.

2007, DNA testing on about a dozen people who claimed late soul star James Brown was their father revealed that at least two of them were telling the truth. A former adviser for the singer, Buddy Dallas, said he could not confirm exact figures, as further test results were forthcoming. His will, which is being disputed in court, named six children.