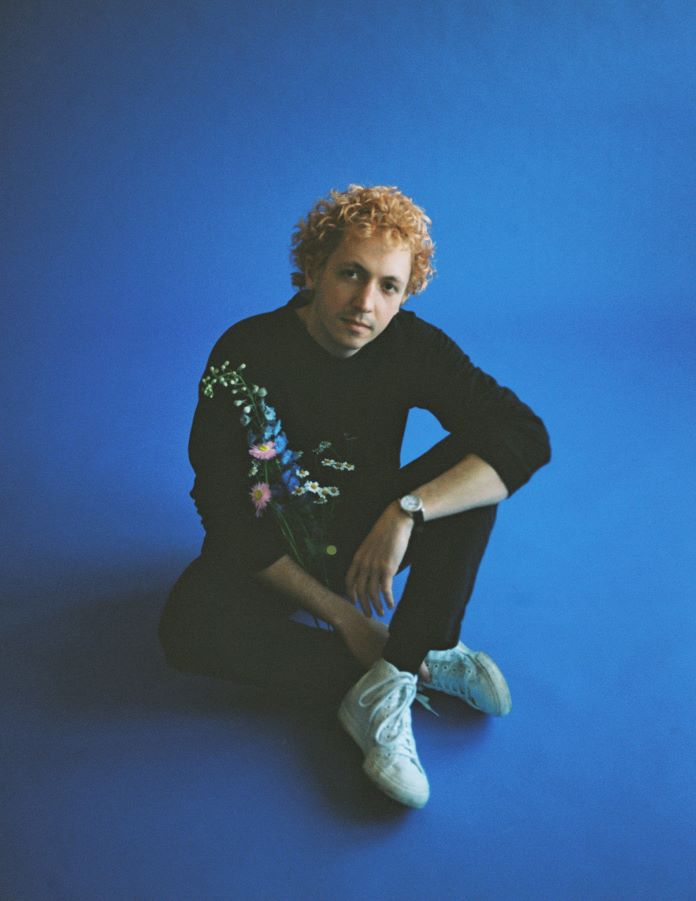 Debut Album, Due North, Out This Friday on Woodsist/Mare Records

This week Kansas City-based singer/songwriter Liam Kazar is sharing his debut album, Due North. Kazar has long been a staple of his local Chicago scene, working in the studio and on stage with Jeff Tweedy, Chance the Rapper, Steve Gunn, Daniel Johnston, Ohmme, and others. Due North represents his first solo effort, though he also recruited a team of close collaborators to help him bring the record to life, including drummer Spencer Tweedy and Ohmme and Andrew Sa on backing vocals. Along with Due North, he also started his own pop-up restaurant during quarantine, Isfahan, paying tribute to the Armenian food he grew up on.

On “No Time For Eternity’’ Kazar joins crooning Chicago troubadour Andrew Sa for a warm country duet. Over top of ambling country chords and keening pedal steel guitar, the pair craft an easygoing, summery ode to the simpler things in life一“Making time to live my life / Making time for you and me.” Moments as simple as watching TV in bed with a partner take on a special power in Kazar’s hands, drawing out the honest beauty of everyday moments spent with the one you love.

Kazar explains: “The reality of my life is that when I come home, and I’m talking with my partner, maybe we had a bad day, but we still are laughing and having a good time with each other at the same time. I had to make music that expressed that part of me that’s a person who genuinely enjoys themselves.”

Check out the song and video and watch for Due North, out this Friday via Woodsist/Mare Records. You can also read our exclusive Q&A with Kazar below to learn more about the song and album.

You’ve said Due North showed what kind of artist you’ve always wanted to be. How would you describe that artist?

Joyful and vulnerable. I think I struggled with making things that were playful yet also felt resonant. For me, everything on the record accesses those two feelings.

How has your experience been writing a solo record instead of playing in a band?

Slow. I really didn’t want to waste anyone’s time but my own so I kept sessions as short as I could and spent a long time in between composing songs built from the sessions when I had musicians. I’ve never worked like that before but I really enjoyed it.

You’ve worked with some real legends like Jeff Tweedy and Daniel Johnston in the past. How has the experience of working with them changed how you approach your own songwriting?

With Jeff Tweedy and Daniel Johnston in particular, I feel like I picked up that songwriting is a practice. If you keep trying, you’ll make songs. I feel like people say that all the time, the part they leave out is the practice of curiosity. Jeff and Daniel are both very curious and I think you need that if you want to be a songwriter.

For you, what sets “No Time For Eternity” apart from other tracks on the record?

Before I had written the song I wanted to challenge myself to write a duet. I needed to write something that wasn’t so idiosyncratic that it could only work in my voice. Hardest part was definitely constructing the melody. But I’m really happy with it and it’s usually the song I start playing when I pick up the guitar.

You also have a new video out for the single. Mind giving us a taste of what to expect?

If you got some bad news, who would you call to come spend the day with you and comfort you? That’s the video. And you can expect yourself to be blown away by the golden voice of the one and only Andrew Sa. Honored to play a small part in spreading the gospel of Andrew.

Aside from your music, you’re also a chef and own your own restaurant. How do you balance those two worlds?

Well, I learned pretty early on I can only do one at a time. Since Isfahan is my thing that I run, it takes up all my bandwidth and I can’t really focus on anything else. I like to do it in spurts so I don’t think a brick and mortar is in my future.

With the full album releasing later this week, what on the record are you most excited for people to hear?

Definitely the second tune, “Old Enough For You.” It was the last addition to the record and I think it’s the biggest surprise. It’s a fun jammer and I’m so excited to play it live. Special shoutout to my buddies Sam Evian and Hannah Cohen for making me keep it on there.