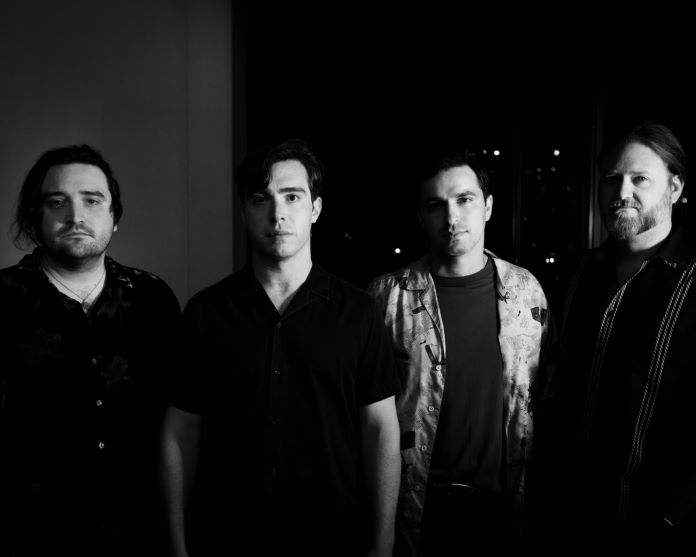 LA-based indie rock outfit Swerve has been building attention in their local scene with a steady run of singles and two self-produced EPs, taking cues from fiery punk attitude, hazy psych rock riffs, and ‘90s fueled indie rock cool. Next week the band will share their anticipated full-length debut LP, Ruin Your Day, but the band is now sharing the record’s title track, premiering with Under the Radar.

“Ruin Your Day” fittingly encapsulates the band’s ethos into a single track一a politically-minded reflection, a ripping, amped-up instrumental, and a punk love song, all rolled into one. The band tears through the track with explosive, guitar-driven fervor, only slowing down with the track’s psychedelic breakdown. Spacious guitar textures and feedback-drenched soloing run wild over the breakdown, anchored only by the band’s tight rhythm section. The respite proves brief though, with the band roaring back to life in the song’s final moments for a climactic finish.

As the band explains, “‘Ruin Your Day’ was one of the first songs we recorded for the album and it really set the tone for the rest of the songs both sonically and thematically, which is one of the reasons we named the record after it. It’s a guitar-heavy, political, psychedelic punk love song about sticking together with your partner while the world throws crazy shit at you. We wrote it after Proud Boys and other misogynistic thugs caused havoc at LA bars. We were upset- this is our city, not theirs, and this became a fantasy about making sure they had a miserable experience, of standing alongside your person and ruining those guys’ day. I wouldn’t call it peaceful, but it is a love song!

I don’t know if we’ve ever had a song come together so quickly. The louder and faster it got, the better it sounded, and we went really wild in the instrumental breakdown with feedback and weird guitar parts while the bass and drums hold it down. I think it was the first time I ever shouted on a recording too. It’s one of the most fun songs to play live and it doesn’t take itself too seriously. It’s a dark but good time.”

Check out the song early below and pre-order Ruin Your Day, out August 13th.