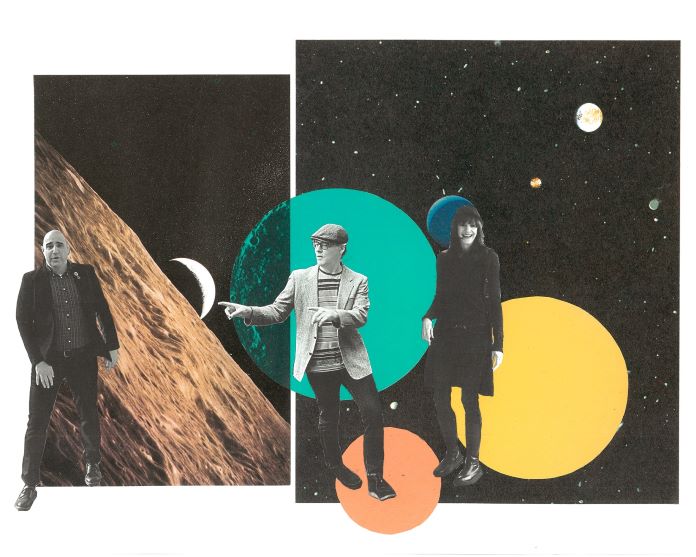 Premiere: The Orange Peels Debuts New Video For “Whenever”

Celebrate The Moments In Your Life Is Out Now

Earlier this month, long-running indie pop outfit The Orange Peels shared their first-ever double album, Celebrate The Moments In Your Life. In other hands, the album’s title could very well be an overly sentimental platitude, but for the band, it was a message of defiance. In the midst of writing the record, vocalist Allen Clapp lost both his mother and father and the band’s Santa Cruz recording studio was nearly lost in last year’s devastating wildfires. “You have to get used to the idea that you might be saying goodbye to everything you know,” says bassist Jill Pries. “That you might need to start over from scratch. And that’s probably a good way to think about our new album.”

The band turned, as so many did last year, to music, focusing on their new record. One of the album’s highlights came with “Whenever.” Now the band are back, following the record’s release with a new video for “Whenever,” premiering with Under the Radar.

Despite all the band had been contending with when the song came together, “Whenever” is relentlessly upbeat, finding the band searching for joy in the midst of change. Though elsewhere on the album life’s troubles weigh heavy on the band, here they hold the hope of untold opportunity. Over R.E.M.-esque jangly guitar lines, Clapp’s rapid-fire lyrics survey his new horizons and offer a warm hand of companionship for whatever changes life may bring. The accompanying video puts a personal touch to the song’s themes, following Clapp and Pries’ move from Los Angeles to the U.S. Virgin Islands.

Clapp explains, “It’s an exit strategy masquerading as a pop song, written as an offer to Orange Peels bass player, Jill Pries: ‘If you wanna go, we’ll go. You just tell me when.’ I realized when I wrote it, we could really be blowing up our lives. But we had also been looking for a next chapter, and it was becoming clearer every day that it wasn’t going to happen in California. So this song was really an acknowledgment of everything that had been weighing on us for a while, and a fresh, upbeat take on taking a big risk and moving halfway around the world to the Virgin Islands.”

As for the video itself, it’s us carting ourselves and our 8 animals (7 cats and a dog) across country on an epic road trip, culminating in a flight on the ‘Pet Jet’ that got us from Miami to the Caribbean.”

Check out the song and video below. Celebrate The Moments In Your Life is out now.