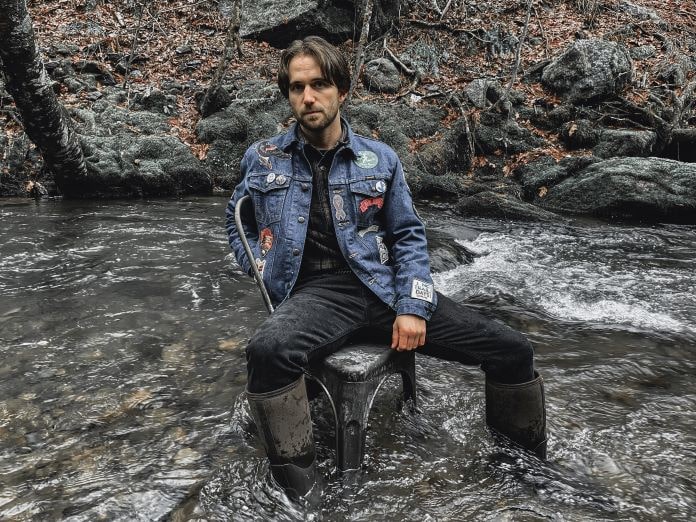 Indie folk troubadour Shay Martin Lovette shared his evocative sophomore effort, Scatter & Gather, this May, establishing himself in the same raw Americana lane as Jason Isbell, Bruce Springsteen’s Nebraska, or Townes Van Zandt. Alongside production from Joseph Terrell of Mipso, Lovette delved into story and character portraits, one of the most moving of which was album highlight “For Rose Marie.” Now Lovette is back with a new animated video for the track, premiering with Under the Radar.

“For Rose Marie” is a lovely bit of Americana, delivered via Lovette’s warm ambling storytelling. His stark fingerpicking is gently bolstered by fiddle and clarinet as the song goes on as he traces the details of the story of Rose Marie. As Lovette explains, “This song was written about one of those people that walks into a room and instantly makes best friends out of strangers. When writing this one, I wanted the narrator to sort of get out of the way and tell Rose Marie’s story without saying too much about their relationship. To me, that kind of storytelling adds a beautiful mysteriousness to the feel of a song and also allows the listener to draw their own conclusions about what’s going on.”

As Lovette explains, “This video was animated by Sarina Nihei, a freelance animator who currently lives in Tokyo and specializes in surreal hand-drawn animation. I have been a huge fan of her work for years and have always wanted to collaborate with her on an animated music video. When thinking about which song would work best for this type of video, ‘For Rose Marie’ immediately came to mind because there is so much imagery to work with. Sarina took this song and built a stunning little world around it! She has a knack for developing characters based on the lyrics of a song and leaves a lot open to interpretation which I love. She’s also great at incorporating elements of surprise in her work which makes for some fun nuances throughout this video.”

Check out the song and video below. Scatter & Gather is out everywhere now.