1968, The Yardbirds played at the Grande Ballroom in Detroit, Michigan.

1968, Mary Hopkin won her heat on the ITV talent show Opportunity Knocks. She later signed with The Beatles owned Apple Records, Paul McCartney produced her UK No.1 single “Those Were The Days,” which also made No. 2 in the US. Hopkin later married record producer Tony Visconti.

1968, The Who appear at Melody Fair in North Tonawanda, New York.

1969, John Lennon, Paul McCartney, and Ringo Starr all show up at the London wrap party for The Magic Christian. The film, based on Terry Southern’s novel, stars Peter Sellers and Ringo.

1970,  Four Kent State Students killed, seven others wounded by Ohio National Guardsmen during demonstrations against Nixon’s invasion of Cambodia. Neil Young pens the song “Ohio” within a week and Crosby, Stills, Nash & Young record and release it in early June.

1972, The Grateful Dead perform at the Olympia Theater in Paris during their fabled Europe ’72 tour.

1972, Pink Floyd played at the Music Hall in Boston on the last night of a North American tour. The show was moved from the Orpheum Theater, a smaller venue due to the high ticket demand.

1973, Led Zeppelin opened their 1973 North American tour, which was billed as the “biggest and most profitable rock & roll tour in the history of the United States.” The group would gross over $4 million from the dates, flying between gigs in “The Starship,” a Boeing 720 passenger jet, complete with bar, shower room, TV and video in a 30′ lounge and a white fur bedroom.

1973, Frank Zappa & The Mothers Of Invention appeared at Maple Leaf Gardens in Toronto.

1974, Grand Funk Railroad started a two week run at No.1 on the singles chart with their version of the Little Eva hit “The Loco-Motion.” It was only the second time that a cover version had been a No.1 as well as the original. 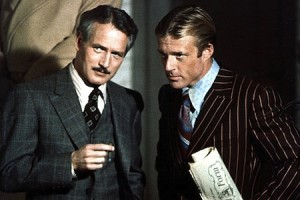 1974, The film soundtrack to The Sting’by Marvin Hamlisch started a five-week run at number one on the album chart.

1976, David Bowie performed the first of four nights at the Empire Pool, Wembley, in London. Earlier in the day, he gave a rare interview to Jean Rook of the Daily Express.

1976, The Rolling Stones played at the AWD Dome, Bremen, Germany.

1978, “Night Fever” by The Bee Gees was at number one on the UK singles chart. The group’s third chart topper and the theme from the film Saturday Night Fever. The song was a US number one for over two months.

1987, American blues vocalist, harmonica player Paul Butterfield, who fronted The Paul Butterfield Blues Band, died at his home in North Hollywood, California, of drug-related heart failure, he was 44. He achieved international recognition, as one of the early acts performing during the Summer of Love, at The Monterey festival and Woodstock festival.

1989, Stevie Ray Vaughan set out on what would be his last ever tour at the Orpheum Theatre, Vancouver, British Columbia. The guitarist was killed in a helicopter crash on 27th Aug 1999 after a concert at Alpine Valley Music Theater in Wisconsin, after playing 107 of the 110 dates.

1996, Alanis Morissette started a six-week run at No.1 on the UK album chart with Jagged Little Pill.

2004, Clement Seymour Dodd died aged 72. Producer and major force in the development of ska and reggae, made the first recordings of Bob Marley.