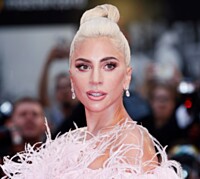 
Five people have been arrested in connection with the FEBRUARY 24th theft of LADY GAGA’s French bulldogs in HOLLYWOOD. The violent incident in which her dog walker, RYAN FISCHER, was shot and injured, lead to the abduction of her two dogs while the performer was in ROME shooting a movie. GAGA immediately offered a $500k reward for the return of her dogs (NET NEWS 2/25).

The LOS ANGELES POLICE DEPARTMENT confirmed, the suspects, identified as JAMES JACKSON, 18, JAYLIN WHITE, 19, LAFAYETTE WHALEY, 27, HAROLD WHITE, 40, and JENNIFER MCBRIDE, 50, were taken in to custody after multiple search and arrest warrants were served TUESDAY (4/27) in connection with the investigation. It’s believed they all have gang connections. JAYLIN WHITE, JACKSON and WHALEY were each booked for attempted murder. HAROLD WHITE and MCBRIDE were arrested on suspicion of being an accessory to attempted murder.

Investigators identified JENNIFER MCBRIDE as the woman who brought the dogs to the LAPD’s OLYMPIC COMMUNITY Police Station, around 6p two days after they were taken. According to the LAPD, “Detectives do not believe the suspects were targeting the victim because of the dogs’ owner. However, evidence suggests the suspects knew the great value of the breed of dogs and that was the motivation for the robbery.”

DA GEORGE GASCÓN said, “This was a brazen street crime that left a man seriously wounded. We have alleged very serious charges in this case and have faith that justice will be appropriately served as this case unfolds in court.”

The defendants appeared in court THURSDAY (4/29) and all entered not guilty pleas, with their next court appearance scheduled for MAY 11. Bail was set at $3 million for JACKSON, $1 million for JAYLIN WHITE, $1.1 million for WHALEY and $35,000 for HAROLD WHITE. MCBRIDE was released on her own recognizance but must wear an ankle monitor.