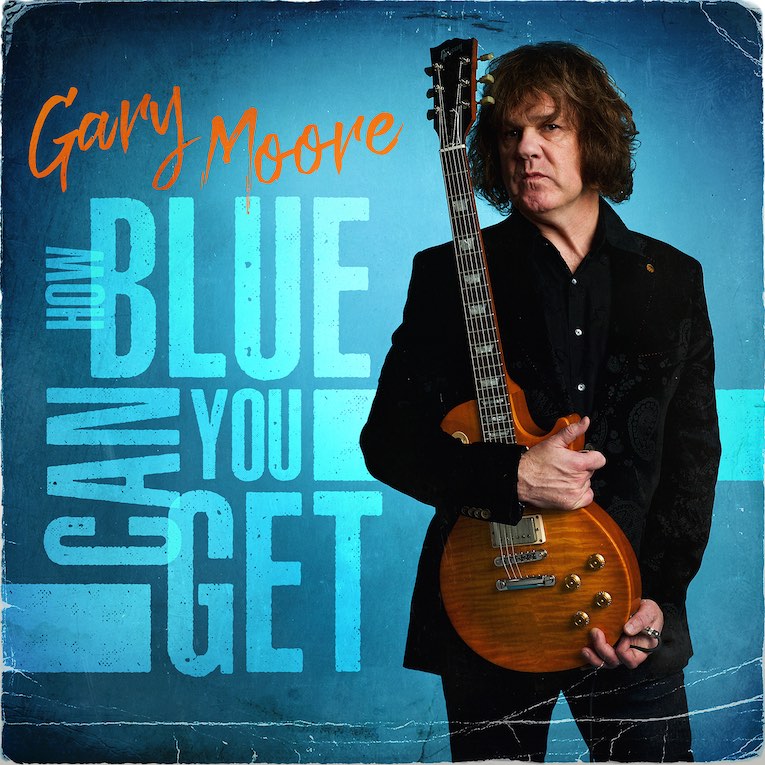 Irish guitar virtuoso Gary Moore delivers the goods all the way from The Great Gig In The Sky on a new, posthumous release How Blue Can You Get. Scheduled to drop April 30th, 2021 via Mascot/Provogue, the record is an eight-song set of previously unreleased covers and originals from the late Mr. Moore, one of the finest blues/rock guitarists of the modern era. The tracks were pulled from deep within the Moore family archives and are said to be a mere fraction of the back catalogue Moore left behind when he passed ten years ago. They comprise a wonderful set of deep cuts and alternate versions that will delight Moore’s large, loyal following while reminding guitar lovers everywhere just how much was lost when he left the building.

By the age of 15, Moore was arguably the best guitarist in Belfast. The iconic John Mayall/Eric Clapton Bluesbreakers album brought him to the blues when it came out in 1966. Moore was soon on the road to legitimate rock stardom, putting in work as a member of Thin Lizzy, Skid Row, and Colosseum II. He also developed a highly successful career as a solo artist, which peaked in 1990 with the release of his timeless Still Got The Blues album. He continued his public love affair with blues music for the rest of his days, performing with legends Albert King, B.B. King, and Albert Collins and becoming one of the genre’s most visible practitioners. As a guitarist, Moore was a force of nature. He was one of the few players with the innate ability to balance his high-velocity chops with an equal gift for phrasing and emotion. Ours is a poorer world without him in it.

How Blue Can You Get jumps off with a rocking version of Freddie King’s “I’m Tore Down.” Moore attacks King’s classic with a tense urgency that drives the song forward. His unapologetically saturated guitar tone adds the blues-to-rock crossover point that was a big part of Moore’s musical identity. Here, like always, Moore plays his blues his own way. Next, Moore rips it up on Memphis Slim’s upbeat shuffle “Steppin’ Out.” He lets it all fly on this one, letting his virtuosity run free with a nasty tone and a bare-knuckle attitude. This is Gary at his best and hearing him blast like this is a gift.

Perhaps the most transcendent track on the album is Moore’s sprawling, seven-minute cover of B.B. King’s famous 1964 hit “How Blue Can You Get.” Moore shows off his vocal skills as well as his guitar licks on this titular cut in a way that lets us know that he could dial back the rock and put down real blues with the best in the game. Moore is all phrasing, pacing, and space here, playing short, tasty lines that build in intensity. He takes his time, puts everything exactly where it needs to go, and keeps us hanging on every note. Future generations take note: this is how the trick is done.

Every cut on How Blue Can You Get is vital and impressive. Elmore James’ “Done Somebody Wrong” is another amazing blues showcase full of hot slide guitar and an alternative version of “Love Can Make A Fool Of You” reminds us that Moore was as compelling a songwriter and vocalist as he was a guitarist. He channels big emotions on this soulful ballad and will touch your heart directly. Any new batch of Gary Moore music is a reason to celebrate and How Blue Can You Get especially so. It’s a smoking hot set by one of our best. Crank it up and get happy!

Listen to “I’m Tore Down”

Pre-order link for How Blue Can You Get