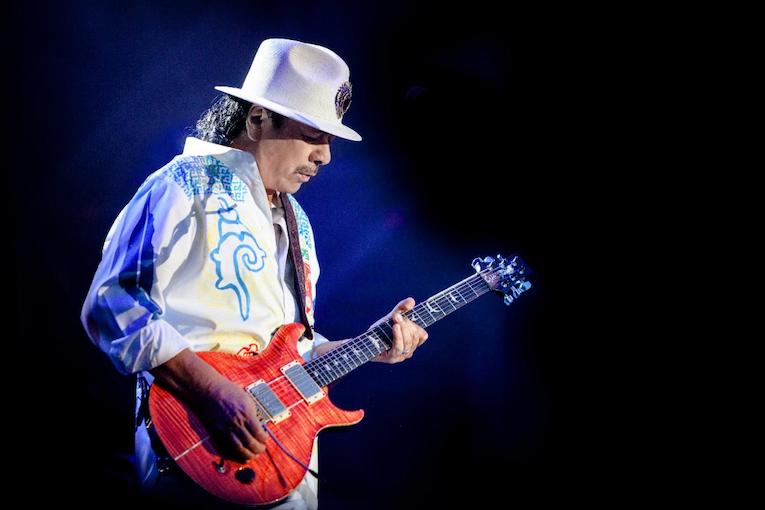 The Guitar Great’s Return To The Sage

Las Vegas (April 26, 2021) – As Las Vegas reopens, one of the hottest tickets in town announces its return. Legendary guitarist Carlos Santana’s An Intimate Evening with Santana: Greatest Hits Live will return to the House of Blues stage inside Mandalay Bay Resort and Casino this summer, marking Santana’s ninth year at the intimate venue. Tickets for the 2021 dates go on sale Friday, April 30 at 10 a.m. All shows are scheduled to begin at 8 p.m.

The popular VIP packages will be available for purchase with customizable experiences that include limited edition photos and specialty food and beverage packages featuring stage-side dining.

A portion of all tickets sold will be donated to The Milagro Foundation. Milagro (“Miracle”) is a charitable foundation supporting underrepresented and vulnerable children and youth in the areas of arts, education and health. The Milagro Foundation was created in 1998 by Carlos Santana and his family to benefit children worldwide.

Another contribution will be made to the House of Blues Music Forward Foundation. Founded in 1993, Music Forward Foundation accelerates real-life skills for youth using music as the bridge to success. By channeling the power of music, we help kids create pathways to productive, sustainable, and fulfilling lives. Through music industry mentorships and access to music education, we are removing the barriers between need and success. Learn more at www.hobmusicforward.org.

House of Blues has implemented all necessary protocols to ensure the safety, security and well-being of guests and employees. More information on safety guidelines can be found here.

About Carlos Santana:
For more than four decades – from Santana’s earliest days as a groundbreaking Afro-Latin-blues-rock fusion outfit in San Francisco – Carlos Santana has been the visionary force behind artistry that transcends musical genres and generational, cultural and geographical boundaries. To date, Santana has won 10 Grammy Awards and three Latin Grammys, with a record-tying nine Grammys for a single project for 1999’s Supernatural (including Album of the Year and Record of the Year for “Smooth”). He has received the Billboard Century Award (1996), was ushered into the Rock and Roll Hall of Fame (1998), received the Billboard Latin Music Awards’ Lifetime Achievement honor (2009), and was the recipient of the Kennedy Center Honors Award (2013). Among many other distinctions, Carlos Santana has been cited by Rolling Stone as No. 15 on their list of the “100 Greatest Guitarists of All Time;” and has joined the Rolling Stones as one of only two bands to have an album reach the Top 10 in every decade since the 1960s. In 2018, he released his first MasterClass, and recently celebrated three epic milestones – the 20th anniversary of his groundbreaking album Supernatural, the 50th anniversary of his legendary performance at Woodstock, and the 50th anniversary of his masterpiece Abraxas. His most recent album, the powerful, energy-infused Africa Speaks (2019), inspired by the sounds and rhythms of Africa, was called his “best record in decades” (NPR) and was ranked among “the fiercest albums in Santana’s 50-year career” by The New York Times. Santana is currently headlining a multi-year residency at House of Blues at Mandalay Bay Resort and Casino in Las Vegas.