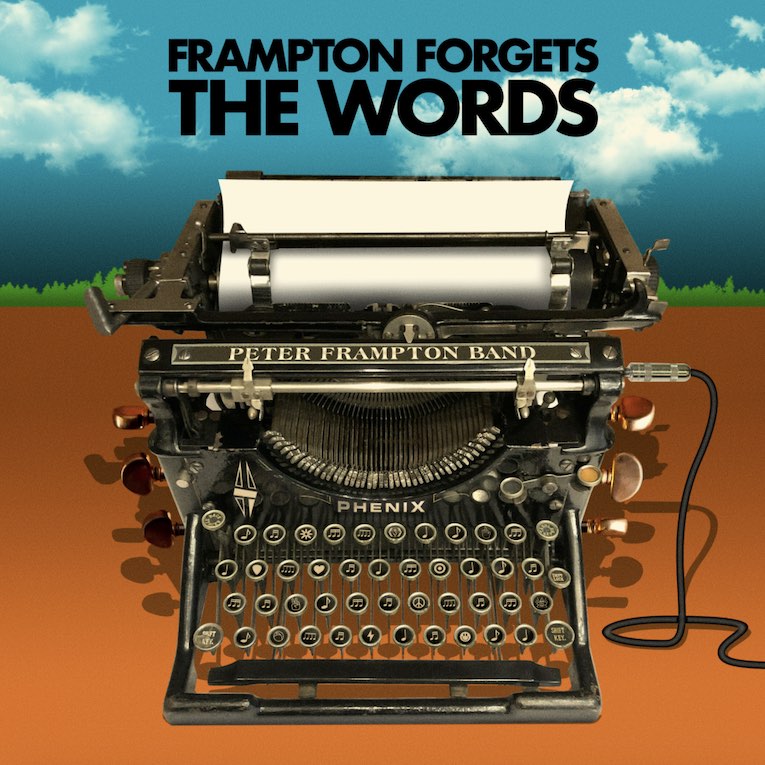 Certified rock and roll all-timer Peter Frampton sounds as mighty and timeless as ever on his new all-instrumental album Frampton Forgets the Words. Set to emerge April 23rd, 2021 via UMe, the record captures Frampton and his extremely capable band laying down no-vocal versions of songs from artists ranging from Marvin Gaye and Lenny Kravitz to David Bowie and Sly & The Family Stone. It was co-produced by Frampton and Chuck Ainlay and was recorded and mixed at Frampton’s own Studio Phenix in Nashville, Tennessee. Slinging his famous 1954 Les Paul Phenix, which was lost in a plane crash in 1980 and recovered more than 30 years later, Frampton puts on a tone and phrasing clinic across the set’s ten tracks that proves to the world that his musical gifts are very much alive.

Peter Frampton is, of course, no stranger to rock fans of all generations. At just 18 years old, he co-founded Humble Pie, which was one of the first true supergroups, and went on to work with icons like George Harrison, David Bowie, Jerry Lee Lewis, and Ringo Starr. His 1976 album, Frampton Comes Alive!, is still one of the top-selling live records of all time and has been inducted into the 2020 Grammy Hall of Fame. He’s toured with Stevie Nicks, Greg Allman, Lynyrd Skynyrd, Cheap Trick, and the Steve Miller Band and has seen his autobiography, Do You Feel Like I Do?: A Memoir, show up on The New York Times Bestsellers list. Frampton has had a stellar career and made an impact on rock music that few can equal. That he continues to operate on a high level is a solid for guitar fans everywhere.

Frampton’s take on Sly & The Family Stone’s “If You Want Me To Stay” opens the new record and immediately shines brightly. The tune’s smooth and funky pocket is an ideal host for Frampton’s single-note melodic lines and skillful solos. He’s highly expressive without ever overplaying and disrupting the moment, an ability more musicians should cultivate. His tone is beautiful and pure, adding much nuance and color to the proceedings and lets his guitar front the band like a vocalist would. Peter Frampton is sweet, lowdown, and compelling from his first note to his last.

Peter Frampton works the same sort of magic on his rendition of Radiohead’s “Reckoner.” It’s not the type of song one would expect him to take a run at but he delivers the goods on it. He’s tasty, atmospheric, and space-conscious at all times, doing just what’s needed to make a proper connection. It’s cool and inspiring to hear Frampton break out of his mainline sound like this so be sure not to miss it. He does fine work on Marvin Gaye’s “One More Heartache,” extracting every bit of melody and vibe the song has to give him. It’s soul, psychedelia, and the blues coexisting in the exact same moment, a recipe that makes a strong drink no matter how you shake it.

Frampton attacks Lenny Kravitz’s brilliant “Are You Gonna Go My Way” with his entire rock and roll heart on display and turns it into the album’s knockout punch. The big riff, soaring melody, and tight groove will push your soul into overdrive and set your body in motion. Frampton is completely in his element on this one and it shows. You can almost hear him smiling. David Bowie’s “Loving The Alien” is as beautiful and unique as Bowie, himself, was and provides us with another spellbinding musical moment. Roxy Music’s “Avalon” and Stevie Wonder’s “I Don’t Know Why” also make the highlight list on this entertaining set. Frampton Forgets the Words is a wonderful release that shows Peter can still strike paydirt on pretty much anything he chooses to play. Highly recommended.

Listen to “If You Want Me To Stay”