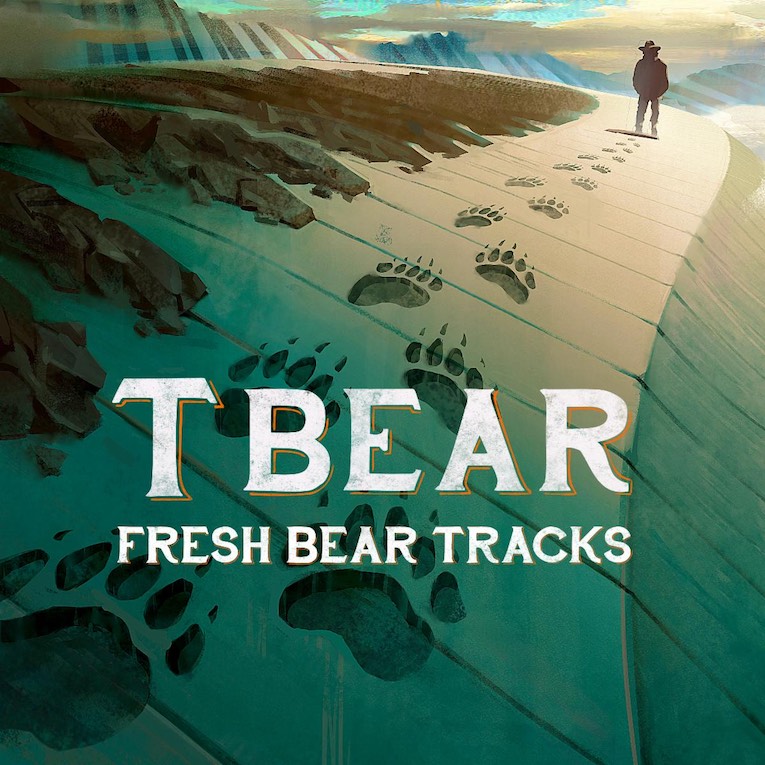 The 12-song collection features a striking and often beautiful blend of blues, soul and old-school rock with a who’s who of special guests including Stephen Stills, Edgar Winter, Tom Scott, Walter Trout, Hutch Hutchinson, Robby Krieger, former Paul McCartney & Wings members Laurence Juber and Denny Seiwell, and a host of other prominent session players who lend their musical gifts to the album.

After a self-imposed 25+ year hiatus that involved domestic responsibilities and a struggle to regain his sobriety, which he attained in 1983, T Bear focused on helping others with addiction and was instrumental in developing Musicians Picnic which then led to Musician’s Assistance Program, a subset of the Recording Academy’s MusiCares Foundation.

Based in Los Angeles, T Bear made his mark as a solo performer with a string of noted solo albums and collaborations with a dizzying list of revered artists including Crosby Stills and Nash, The Blues Brothers, Billy Squier, Gene Simmons and Peter Criss of Kiss, Richie Havens, The Doobie Brothers, Jeff Beck and Odetta.

Re-emerging with Fresh Bear Tracks, T Bear infused renewed inspiration and creativity into his new album. If it took 25 years to release an album like this, it’s worth the wait. The record is a solid and outstanding collection of mostly original tracks by a seasoned vocalist and keyboard player who is also a masterful songwriter. T Bear says, “We all had so much fun. It was as if the planets had all aligned. There were no hassles or complications. I had to rediscover my singing voice and then it all fell into place.” It’s as if T Bear never missed a step with regaining his vocals as they are eminently soulful, rich and distinct.

Kicking off the superbly produced Fresh Bear Tracks, “Bring On The Night” is a rocking breath of fresh air with groove. Integrating the best of 70’s rock and spinning its own modern twist, it’s a song that celebrates the evening in the city, a refuge from the grime and gritty. This revamped version of the original tune on T Bear’s album, Red Hot & Blue, fires on all cylinders with T Bear’s smoky, expressive vocals and Trout’s killer guitar. T Bear’s vocal phrasing is splendid, as is the song. Mike Finnigan on Hammond B3, Tony Braunagle on drums, Doug Pettibone on slide and rhythm guitar, Lenny Castro on percussion, and a full horn section, join in the celebration.

What a way to open a record and a perfect opening number for a live show. A bonified crowd pleaser.

A seasoned pro, T Bear’s vocal approach is casual, soulful, with a touch of grit. He has the kind of voice that feels like an old friend, but you won’t forget that he’s a top-tier musician who you might catch at The Hollywood Bowl on a summer evening.

There are several engaging songs on Fresh Bear Tracks, but one that’s particularly poignant is the R&B number “River of Resurrection” with Edgar Winter on saxophone. About sobriety and hope, rebirth and forgiveness, T Bear is at his best with this tune, at one with the song. Winter’s sax trills are as you’d expect—elegant, superb. The lyrics are moving, written with insight about the human condition.

Part Randy Newman and part Leon Russell, T Bear’s “Woe Is Me” is a bluesy and lusty track with his signature piano, Chuck Berghoffer’s upright bass and Joe Sublett’s tenor sax. “Desperate measures like these call for desperate acts,” T Bear sings with personality and style.

Just when you thought you might just have a seat in the bar he sings of, along comes the funky, rock and roller “Give It Up,” a standout by Stephen Stills who also plays guitar on the track alongside guitarists Walter Trout, Josh Sklar and Doug Pettibone. Just press play, close your eyes and take in the brilliance.

Album closer, “Nina’s Song” is about as moving as you can get. A musical love letter to T Bear’s late wife who lost her battle with cancer in 2019,  T Bear vowed to complete the album and dedicate it to her memory.

Listen to “River of Resurrection”