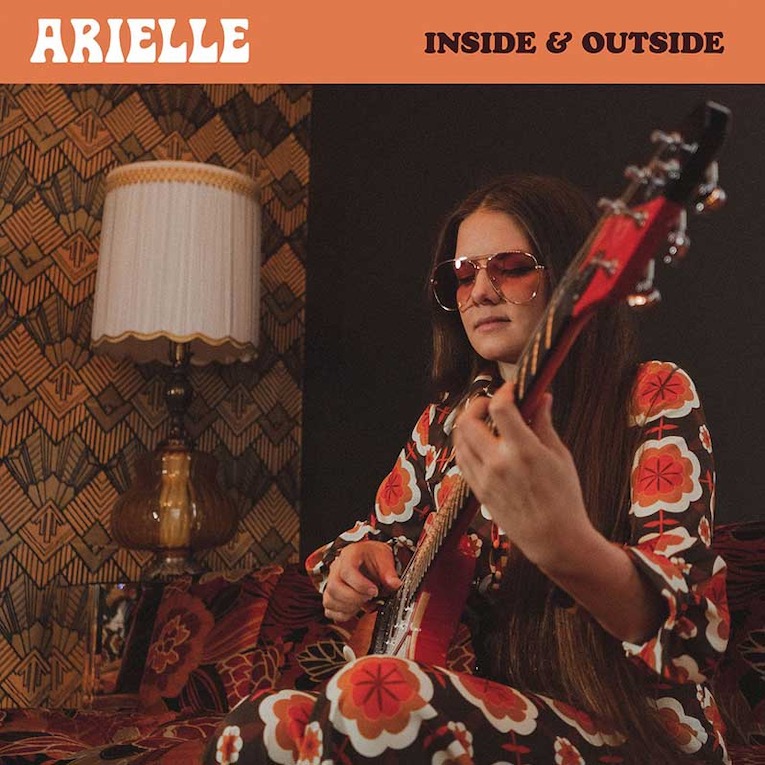 Arielle is pleased to announce the release of her new Fleetwood Mac-flavoured single ‘Inside & Outside’ on Friday April 16, 2021. The single coincides with the news of four livestream sessions that she will undertake on May 13, June 17, July 22, and August 19. Tickets for the livestream sessions are available from this link here.

The new single is taken from Arielle’s highly anticipated new album ‘Analog Girl In A Digital World’ released Friday May 7, 2021. The new single is available to stream, and signed copies of the album can be pre-ordered on vinyl and CD see here.

“Inside & Outside” is a beautiful song by a very special artist. Her stunning voice, paired with impressive slide guitar, is a total winner. Joyful, almost ethereal, there’s no artist quite like the multi-talented Arielle.

Watch the official music video for ‘Inside & Outside’

“When I was recording the new album ‘Analog Girl In A Digital World’, I thought this was the closest song in sound and production that I got to what my goal was in my head,” reflects Arielle. “Fleetwood Mac’s ‘Rumours’ meets something new. The song is about finding the balance between the external, dense physical world we live in, as well as countering it with the spiritual and emotional connection of love.”

Arielle’s four livestreaming sessions will enable fans to experience four completely different concerts with full album run-throughs, in-studio recordings, acoustic storytelling sessions and much more. Each livestream will be broadcast in North America and the UK at 8pm local time.  A portion of the proceeds from the livestreams will go to Arielle’s The Tonewood Forest non-profit, a charity that conserves the life and well-being of trees.

For the first two streaming sessions, Arielle will perform her new album ‘Analog Girl In A DigitalWorld’ and previous album ‘Suspension/Dimension’ front to back.

Says Arielle, “Since touring is out of the question, I wanted to make sure people could experience these albums the way they were intended.  Both albums feature succinct stories from beginning to end. During the livestreams, I will be speaking about the meaning of the songs, and some of their deeper history to take people on a journey that has yet to be told about both albums, maybe even beyond what I could do live.”

Arielle is a 21st century classic rock artist who recorded half of the new album in digital, and the other half in tape, to try and capture the impact the music of the 60’s and 70’s had on her.

As a writer, guitarist, and vocalist, when Arielle produced this album, she insisted on recording each song in one take. Recording the album in studios in Nashville and Austin, Texas, Arielle’s main objective was to capture the energy of each city and their musicians.

Arielle is a young woman born in the wrong generation. As a child of the new millennium, Arielle has often faced depression, versus the music boom and creativity that emerged in the Sixties and Seventies. And on a broader basis, a time even earlier where things were done by hand, with a level of craft that could not be hidden behind technology.

“I project those principles inside my music,” says Arielle. “The new album takes you on a journey through the trials, tribulations, and confusion of an old-school artist in a fast-paced world.