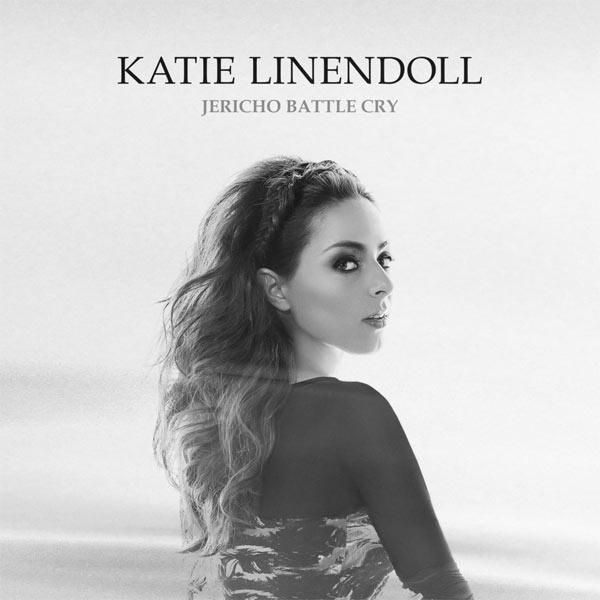 Boston, MA (April 16, 2021) – – Katie Linendoll announces the debut of her music career with her EP, “Jericho Battle Cry.” She is well-known for her illustrious career in tech and TV, but she is elated to kick-off this journey combining her faith and love for music. Linendoll takes pride in living a faith-filled life as a devout Catholic and is excited to share her passion for Christian music through this self-funded EP.

Katie Linendoll is an Emmy Award-winning TV personality, consumer technology expert and one of the leading women in the field of technology. As one of the most in-demand technology experts worldwide, Linendoll has hosted multiple shows on top networks with frequent appearances as a contributor for major media outlets including The Rachael Ray Show, The Weather Channel, CBS Sports Radio and many more.

Although this EP marks Linendoll’s first step into the Christian music industry, she is not foreign to the music world. Her dad is a drummer, and she has taken voice lessons for over 15 years. In addition, she has dabbled in guitar, piano, music theory and various music software programs. With her professional life on television, she has always been drawn to the pre- and post-production of music, producing select music projects over the years.

With everything Katie puts her hands to, whether in her personal or professional life, she works hard and doesn’t take short cuts….which is also true for the start of her music career. She had the opportunity to collaborate with some of the best professionals in the industry, bringing her lyrics and ideas to life. She said, “The goal is to evangelize, to inspire and give back.”

“Jericho Battle Cry” is based on the Biblical Battle of Jericho, when the Israelites were trying to take command of the fortified city of Jericho from the Canaanites. The Israelites marched around the city once a day for six days. On the seventh day, God commanded them to march around the city seven times and then to sound their ram’s horns. With infallible courage, they blew their horns and sounded a battle cry! And as God never fails, the walls of Jericho came crashing down.

Linendoll shares, “As I also come from a proud military family, this song contains equal parts Americana, vigor and scripture: ‘Be clothed in the armor of God, so that you may be able to stand against the treachery of the devil’ (Ephesians 6:11). So, whether you’re alone in your room, driving in your car, working out or traveling, I hope and pray that you turn this song up and feel inspired.”

For Katie, she simply desires to inspire others with her music, even if it’s only one person…similar to the way other artists have inspired her. She said, “If I can do that, then I have accomplished what God has led me to through my love and passion for music.”

Additionally, 50% of all net proceeds from the EP and merchandise will be donated to a cause close to Katie’s heart. For “Jericho Battle Cry,” the organization is Bugles Across America — a non-profit organization that has created a network of volunteers who provide Buglers who sound “Taps” live for Veteran funerals at no cost. Since 2000, they have participated in over 250,000 Funeral Missions and over 2 million hours of volunteer time.

Linendoll is hosting a new CCM series called FAITH: Soundcheck on SiriusXM that aired this week. The limited series will air LIVE with re-airs for the following three weeks. Some of her guests will include For King and Country, Sanctus Real and Matty Mullins of Memphis May Fire.

Additional information about Katie Linendoll and her music can be found at katielinendoll.com/music. You can stream or download her new EP on all major music platforms, including Apple Music and Spotify.

About Katie Linendoll: Katie Linendoll is an Emmy Award-Winning TV personality. She has hosted multiple shows on top networks and can be seen as a regular guest on various TV programs like Rachael Ray, The Weather Channel and CBS Sports Radio. Katie has always lived a faith-filled life and is now excited to share one of her passions — Christian music with her debut self-funded EP, “Jericho Battle Cry.”