The life and music of late musician and songwriter, Adam Schlesinger, will be honored at a concert filmed at New York’s Bowery Electric. Rolling Live, the streaming website, will debut the event, which was organized by Schlesinger’s Fountains of Wayne bandmate, Jody Porter.

“This is a proper musical send-off for my soul brother with a bunch of talented and groovy guests that would make Adam wince,” Porter said. Among the dozens of performers are Courtney Love, Sean Ono Lennon, the Monkees’ Mickey Dolenz, and the Smashing Pumpkins’ James Iha.

Tickets are available to purchase on the Rolling Live website, where the event will stream on May 5, 2021, at 8 PM Eastern Standard Time. Proceeds from the concert will go to The Bowery Electric.

Schlesinger died on April 1, 2020, at age 52, from complications due to COVID-19. He co-founded the indie-rock band Fountains of Wayne, and wrote their Grammy-nominated hit, “Stacy’s Mom.” 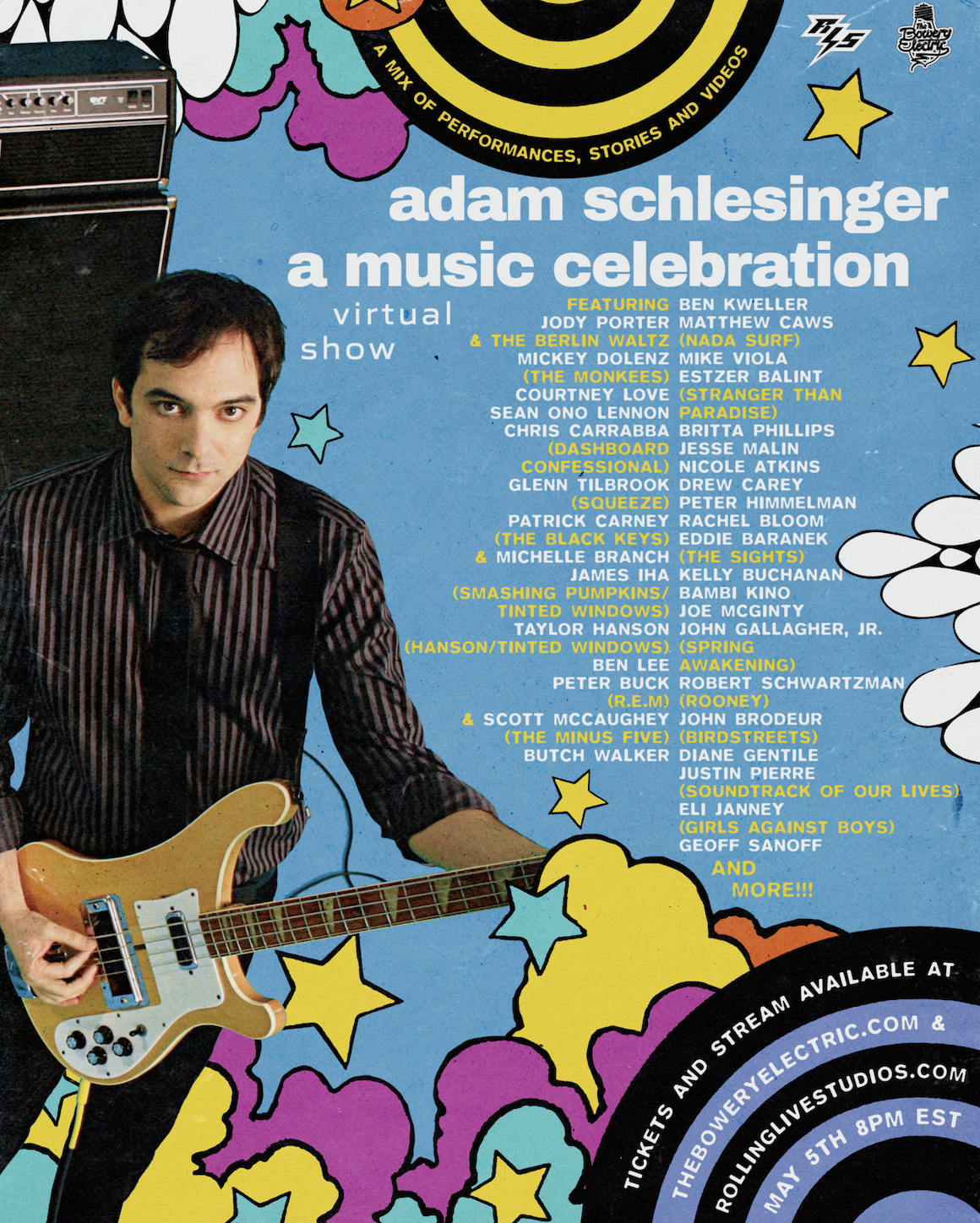 Schlesinger went on to have a prolific songwriting and producing career for music, television, theater, and film.

In 2019, Schlesinger won the Emmy Award for Outstanding Original Music and Lyrics for cowriting the Crazy Ex-Girlfriend song “Antidepressants Are So Not A Big Deal.” (And he was previously nominated for my personal favorite, “Settle For Me.”)

The full list of Adam Schlesinger: A Music Celebration performers: