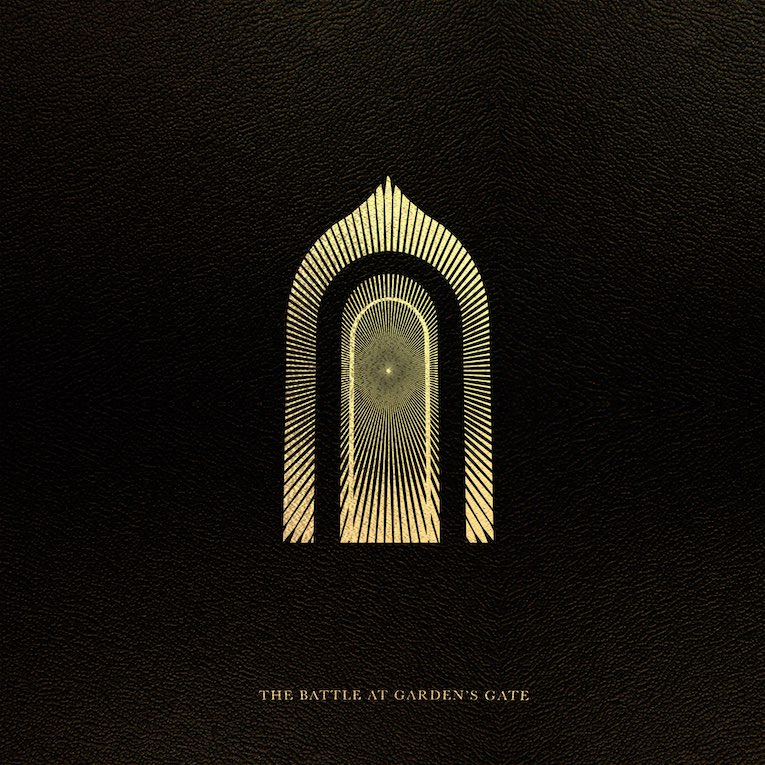 The Battle At Garden’s Gate

Greta Van Fleet continues to carry the torch and tradition of genuine rock and roll on the group’s much-anticipated new album The Battle at Garden’s Gate. Scheduled for release on April 16th, 2021 on Lava/Republic Records, the record is expansive, elegant, and aggressive all at once and reminds listeners that there once was a time when people made music for other people, not for platforms or robots. Produced by Greg Kurstin, The Battle at Garden’s Gate contains complex, intelligent new songs that feel authentic and wise. It’s a wonderful, all-encompassing record that documents the Grammy-winning band’s extensive evolution while still remaining 100% true to the classic rock spirit that has driven it from the beginning. Greta Van Fleet is very much prepared to extend the glory of rock music to another generation by blowing minds and melting faces like great bands have always done and The Battle at Garden’s Gate shows just how committed everyone involved is to that process.

Greta Van Fleet has gone from playing small town gigs in Michigan to rocking sheds and stadiums around the world in an extremely brief period of time. Band members Josh Kiszka (vocals), Jake Kiszka (guitar), Sam Kiszka (bass/keyboards), and Danny Wagner (drums) seemingly came out of nowhere with a sound many people felt would save guitar-centered rock in the way only a young band can. The group is intent on re-establishing the power, passion, and romance that allowed rock music to conquer the earth in decades past and making records that will stand the same test of time. The first two Greta Van Fleet efforts, From The Fires and Anthem of the Peaceful Army, have given every indication of doing exactly that and this new set is certain to elevate the group even higher.

The Battle at Garden’s Gate opens with the majestic “Heat Above,” a sprawling gem that combines elements of Yes and Led Zeppelin with the band’s own ideas about how epic rock should sound. Josh Kiszka’s vocals fly high and wide over a landscape of guitars and keyboards clearly crafted to inspire great emotion. The entire group is bigger, bolder, and very much at home in this new creative environment and easily pulls fans new and old into their journey and process. “My Way, Soon” keeps the magic going with an ultra-jangling guitar riff and an uptempo groove that feels like a hundred-mile highway cruise towards freedom. Danny Wagner’s drumming is the gearbox that moves this one forward and he sounds energized and strong.

“Built By Nations” is a heavier mid-speed cut with memorable riffs, strident vocals, and a killer guitar break by Jake Kiszka. The young guitarist is clearly connected to the Old Gods of rock and roll and he puts forth the tone and skill needed to become one, himself. The entire group vibes like veterans on the song and it’s destined to be an important part of the band’s body of work. “Light My Love” gets mellow and peaceful and features one of singer Josh Kiszka’s most compelling and nuanced performances on the record. His high register is quite impressive and he hits it with guts and control.

“The Weight of Dreams” is the set’s nearly nine-minute closing track and is an amazing mind and headphone-expanding composition that proves boundless creativity is still very much alive. It allows Greta Van Fleet to express itself in totality without fitting into any pre-constructed box the industry might be looking for. It’s a fitting end to a fine song cycle and will leave you eager to hear what these four young men will cook up next. The Battle at Garden’s Gate is going to provoke strong reactions in every possible direction but, no matter your take on it, the album ensures that Greta Van Fleet will remain the “it” band in rock music for the foreseeable future. It’s an outstanding set well worth much intense listening, so you’d better get started.

Pre-order The Battle At Garden’s Gate