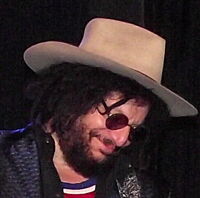 WAS, the six-time GRAMMY winner, producer for artists like THE ROLLING STONES and BONNIE RAITT, and half of WAS (NOT WAS), said, “This show is really different in that it is completely freeform. The format will be an old school stream of consciousness; diverse with songs that I love and want to share with listeners. It’s been really fun to make the playlists. I get to do this show from my birthplace of DETROIT with the great ANN DELISI. You will hear stories about the STONES. Stories about DYLAN. Stories about BONNIE RAITT and IGGY POP. Stories about DETROIT.”

“DON WAS is a genuine and fascinating storyteller who will give listeners intimate insight into music makers. DON is a DETROIT treasure and so is ANN DELISI. We are thrilled that DON and ANN will be teaming up to create THE DON WAS MOTOR CITY PLAYLIST on WDET,” said WDET GM MARY ZATINA.  It’s a perfect trio — DON’s energy and talent in the music industry is in a league of its own. ANN, whose ear is to the ground in music of every genre, both share the ability to deeply engage listeners as they narrate stories and anecdotes about music-making. The third leg of the formula is WDET — a one-of-a-kind radio station known for innovation and eclectic offerings that inform and delight audiences in metro DETROIT and around the globe.”

PD JOAN ISABELLA said, “DON and ANN have a deep love of music and reverence for the artists who create it.  ANN is a savvy interviewer and as his co-host, she will ask questions about his work that listeners will relish. THE DON WAS MOTOR CITY PLAYLIST provides a platform for DON to share his life experiences as a musician, producer and record label president. Having heard many of DON’s stories throughout the years, I know it’s going to be a blast for the listeners.”