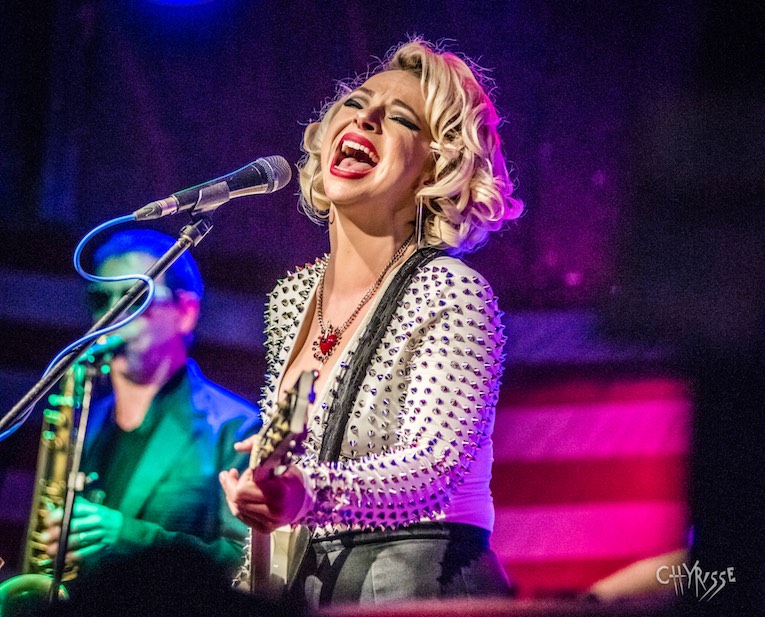 Due to the pandemic, Samantha Fish has rescheduled her UK tour to January and February 2022. She’s also added a new date at KK’s Steel Mill in Wolverhampton on Tuesday 8th February. All tickets remain valid and are available via www.alttickets.com, www.gigantic.com, www.kkssteelmill.co.uk/event-samantha-fish.php, and Samantha Fish website.

In September 2019, the genre-bending guitarist, singer, and songwriter released her critically acclaimed album “Kill Or Be Kind” which featured two rock radio singles “Bulletproof” and “Watch It Die”. Since then, Samantha’s incendiary live performances have been mesmerizing audiences around the world.

“Kill Or Be Kind” has proven to be Samantha’s breakthrough album. The edgy roots music platter was recorded at the legendary Royal Studios in Memphis and produced by three-time Grammy winner Scott Billington and mixed by two-time Grammy winner Steve Reynolds. Boasting 11 original songs ranging from the electric cigar box stomp of “Bulletproof” to the sweet Memphis R&B of “Trying Not To Fall in Love With You”, the album has established Fish as a potent force in roots, Americana and rock and roll.

After launching her recording career in 2009, Samantha quickly established herself as a rising star in the contemporary blues world. Since then, the charismatic singer-guitarist-songwriter has earned a reputation as a rising guitar hero and powerful live performer, while releasing a series of acclaimed albums that have shown her restless creative spirit consistently taking her in new and exciting musical directions.

The New York Times called Fish, “An impressive blues guitarist who sings with sweet power,” and “One of the genre’s most promising young talents.” Her hometown paper, the Kansas City Star wrote: “Samantha Fish has kicked down the door of the patriarchal blues club and displays more imagination and creativity than some blues veterans exhibit over the course of their careers.”