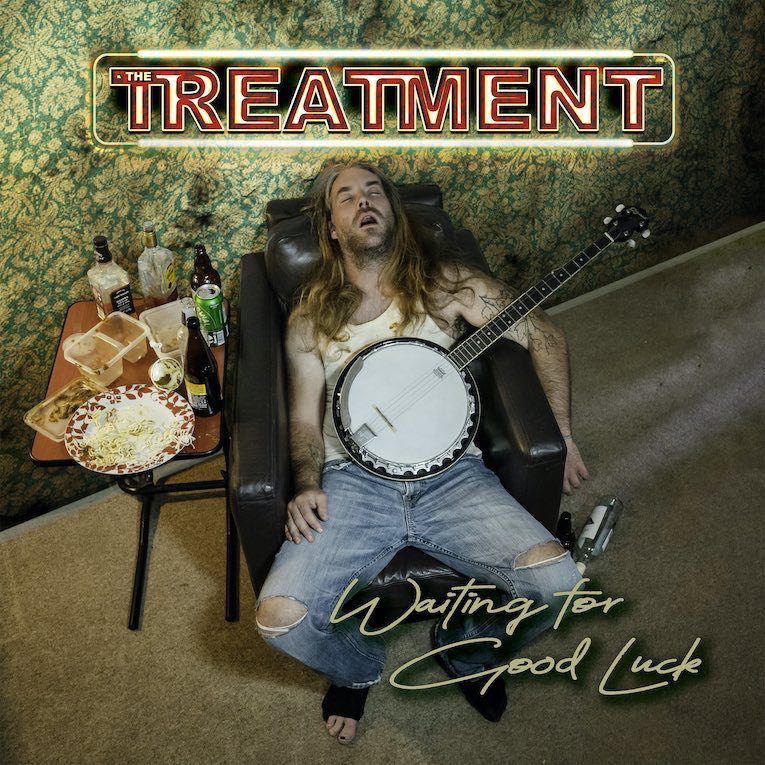 British rock and rollers, The Treatment, show that they have hit new levels of fire and flow on their new album Waiting For Good Luck. It’s the band’s fifth full-length effort and it comes out on April 9th, 2021 thanks to Frontiers Music s.r.l. The set is jam-packed with 12 crisp neo-classic hard rock cuts built around unforgettable choruses, big guitar riffs, and an obvious love for all things hard rock. Produced by UK rock master Laurie Mansworth (Airrace) and mixed by Kevin Shirley (Iron Maiden, Led Zeppelin, Black Country Communion), Waiting For Good Luck is full of the kind of intense sonics the group has only flirted with in years past and as a result, vibes like a timeless master work rather than just one more new album. The band’s enthusiasm for its current lineup and material is easy to hear and is the magic ingredient that makes the album live and breathe.

The Treatment formed in 2008 in Cambridge, England. Their debut album, This Might Hurt, was released in 2011 and followed by Running With The Dogs in 2014,  Generation Me in 2016, and Power Crazy in 2019. The band has toured with Kiss, Mötley Crüe, Steel Panther, Thin Lizzy, and Alice Cooper and performed at major rock festivals including Download and Sonisphere. Waiting for Good Luck is The Treatment’s second album featuring frontman Tom Rampton on vocals and the first with new bass player Andy Milburn. This revitalized assemblage seems to be revved up and ready to go, judging from the sound of the new music, and will undoubtedly take The Treatment to the top of the rock world.

The album lifts off with the crunching, hammer-swinging work song “Rat Race,” a swaggering blaster that contains traces of AC/DC and Def Leppard DNA. The verses crack like Angus and Malcolm at their best before hitting big vocal hooks in the chorus that wouldn’t have sounded out of place on Pyromania. It’s a grand combination of influences, originality, and the nonverbal X factors that drive all great rock bands. Like the rest of the set, the production is up-front and punchy. The track sounds like the band is onstage pumping the wattage into the cottage and no amount of studio trickery beats that. At this point, you’re already fully committed to the rest of the record.

“Take It Or Leave It” is another slice of hard rock glory that again goes hard in the paint without forgetting that hooks pay the bills. Drummer Dhani Mansworth is particularly impressive, throwing down an uptempo pocket full of flair and stadium potential. Tom Rampton has an ideal voice for this style of music and comes across as belligerent and believable in the way Bon Scott always did. Guitarists Tagore and Tao Grey lean into their work, cranking out muscular rhythms and ripping solos. The song is a nonstop rocket that will have your fist in the air before you realize it.

“Eyes On You” is a heavier-up blues/rock shuffle that’s an undeniable bone-shaker. The band locks it down together so well that the beat forces its way into your consciousness as soon as it kicks in. The guitar tones are uniformly gorgeous, of course, and Dhani Mansworth pushes his drums into the red zone one more time. “Barman” takes the group even deeper into the blues, strutting its groove and telling a story of bad luck in the game of love. Be sure to listen far enough into the album to catch it. Other tracks on which to focus include “Devil In The Detail,” “Tough Kid,” and “Wrong Way.” The Treatment plays rock music with righteous authority and Waiting For Good Luck is going to blow the band wide open. Remember, you heard it here first.