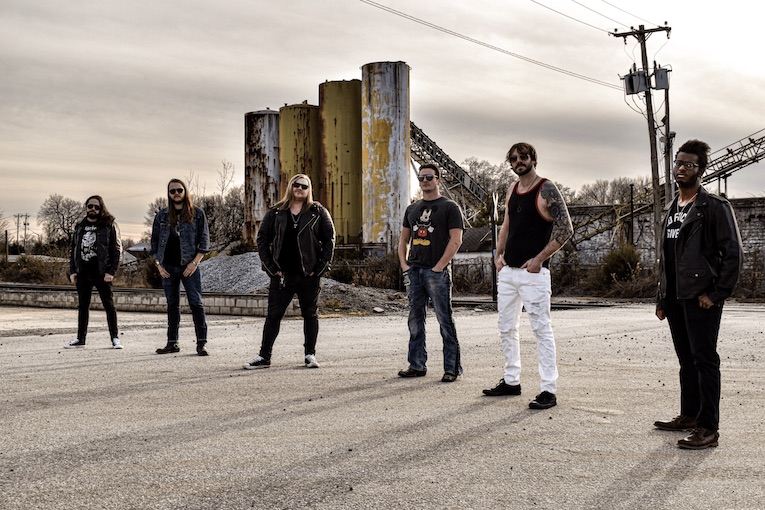 Hard rockers, The L.A. Maybe roar out of the Carolina’s with their new video “Oh Sugar” from their debut album Dirty Damn Tricks released March 26, 2021. And this new video rocks! Directed by Ridge Beck, “Oh Sugar” is the electrifying third tack from the band’s debut LP. It’s the kind of rock n’ roll tune that rocks in all the right ways.

“For ‘Oh Sugar’ we knew we wanted to capture the fun vibes that the song portrayed and to do that we didn’t have to look any further than our hometown. A bar/arcade (or barcade, if you will) in Rock Hill, SC, Player 1 Up was the perfect location. Filled with classic arcade games, many representing the bands that influence our own music, the venue is saturated with rich colors that really made this video pop. Over two riotous days of shooting, we put together what you see in the final video,” says Dallas Dwight

Dirty Damn Tricks is the blistering new debut album by The L.A. Maybe with tracks that are an anthem for the New Wave of Classic Rock. It’s an ode to living fast and loose. But most of all, it’s a call to arms for rock n’ roll fans everywhere to stand up, get loud and never let the music die without a hell of a fight. “Oh Sugar” is also a reminder that rock is alive and well.

Inspired by everything cool they’ve ever heard, The L.A. Maybe builds their sound on the foundational elements of rock and roll. Big, greasy riffs, huge choruses, impressive hooks, soaring vocals, and ripping guitar solos come flying out of your speakers in rapid succession and in such concentration that it would be easy to think this bunch was the greatest band you never heard from the original Classic Rock period. Thankfully, this is brand new work from a band on the rise that seems to understand it from the inside out. Dirty Damn Tricks delivers every bit of the swagger, skill, and kinetic energy that made us all love rock and roll from the beginning and will likely make converts out of listeners too young to have been there.

The L.A. Maybe is a six-piece rock n’ roll band from the Carolinas. Lead vocalist Alvi Robinson (one of four singers to audition to replace Brian Johnson in AC/DC in 2016) lays down gritty, passionate vocals while the rest of the band back him up with slithering riffs, catchy hooks and ripping guitar solos.