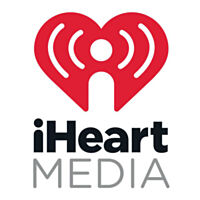 
The FCC will issue a public notice seeking comment on a remedial petition for declaratory ruling filed by iHEARTMEDIA seeking belated approval of the purchase of 6.6% of its equity and 8.7% of its voting interests by MICHAEL TABOR’s U.K.-based, Bahamian-registered GLOBAL MEDIA & ENTERTAINMENT INVESTMENTS LTD. The announcement of the public notice came in a Memorandum Opinion and Order approving the transfer of Country KSNR (CAT 100.3)/FISHER, MN from the SUN AND SNOW STATION TRUST LLC back to iHM LICENSES, LLC, the purchase by iHM of News KXYZ-A (BIN 1320)/HOUSTON from MULTICULTURAL RADIO BROADCASTING LICENSEE, LLC for $1.4 million, and the purchase of News KKGM-A (DALLAS’ BIN), News KHVN-A (DALLAS’ BIN), K221GV, and K237HD/FORT WORTH, TX by iHM for $950,000.

The approvals, which noted that iHEARTMEDIA was unaware of TABOR’s exceeding 5% ownership in the company until it was already done, are conditioned on iHEART suspending the voting rights of TABOR, GMEI, and related trusts and trustees until the Commission issues a declaratory ruling approving the foreign interests’ ownership of more than 5% of iHEART.

iHEART issued a statement late FRIDAY saying, “iHEARTMEDIA values its shareholder relationships and we welcome all new shareholders to iHEARTMEDIA. However, because GMEI is a foreign shareholder, its recent investment was inconsistent with the FCC’s foreign ownership rules and created an operating issue for us under the FCC’s regulatory framework….. To comply with the FCC order, iHEARTMEDIA’s Board of Directors resolved to take action consistent with the FCC’s conditional requirements. These actions include imposing temporary voting and other shareholder restrictions on GMEI which will apply during the pendency of the Petition and which are described in detail in the FCC’s decision…. iHEARTMEDIA respects the FCC process and will, as a matter of consistent policy, ensure the company’s compliance with the FCC’s foreign ownership and other regulations.”