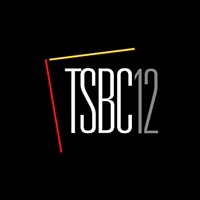 
The second and final day of DON ANTHONY and GABE HOBBS’ virtual TALK SHOW BOOT CAMP 12 includes panels of talk radio programmers and talent, plus NUVOODOO’s annual survey of talk radio listeners (and professionals) and a tribute to the late RUSH LIMBAUGH.

Not On The Same Page

NUVOODOO’s CAROLYN GILBERT and LEIGH JACOBS presented their ratings prospects study combined with a custom study of talk radio listener likely-PPM panelists conducted for TSBC, and one conclusion was that working from home “is here to stay” and so is listening to radio via smart speakers, both increasing in and before the pandemic; GILBERT stressed the importance of total line reporting for stations to get credit for all of its streams and signals. A more concerning development was the disconnect between talk radio professionals and their listeners on topics, with likely PPM talk radio listeners much more interested in several topics, from the economy and lower taxes to celebrities and medical costs, than the professionals assume they are. “Some topics work for everyone,” GILBERT noted, pointing to results that showed listeners identifying as liberals, conservatives, and moderates all equally interested in several topics (“there are other things to talk about,” GILBERT said, recalling a RANDY MICHAELS project to develop talk radio to appeal to female listeners that she said was “compelling”).

Replacing Rush And Other Issues

Opening a panel of programmers and executives on “what’s next” for talk radio, HOBBS wasted no time asking PREMIERE NETWORKS’ JULIE TALBOTT about the plan to replace the late RUSH LIMBAUGH, and she replied, “He’s irreplaceable… listeners don’t want another host right now. They want the comfort of RUSH’s voice.” She said that the current strategy of guest hosts with clips of RUSH will continue “for the foreseeable future.” SOUND MIND LA’s KRAIG KITCHIN said that whoever takes RUSH’s slot will have a difficult time because of the inevitable comparisons; he agreed with TALBOTT that the present strategy is correct, but added that the new voices will gradually occupy more time and “the free market in radio will take place,” pointing to how PAUL HARVEY and HOWARD STERN were not replaced and the market fragmented, and how GEORGE NOORY ultimately developed into a success while avoiding being “the new ART BELL.”

ENTERCOM/NEW YORK’s CHRIS OLIVIERO suggested one approach for a replacement for LIMBAUGH could be a team instead of a solo host, and  iHEARTMEDIA News-Talk KFI-A and News-Talk KEIB-A (THE PATRIOT AM 1150)/LOS ANGELES’ ROBIN BERTOLUCCI agreed that “something different” would be better suited to avoid comparison. COX MEDIA GROUP’s DREW ANDERSSEN, whose WSB-A-WSBB/ATLANTA and WOKV-F/JACKSONVILLE moved local shows into LIMBAUGH’s slot, said “we’re not going to replace RUSH,” preferring to go with local shows in the time slot instead; he praised the amount of new local talent emerging in the industry.

As for whether talk radio bears some responsibility for AMERICA’s polarized political state, OLIVIERO said, “debate is not a bad thing… debate doesn’t mean division.” He said that as long as talk radio remains in a “factual-based debate mode,” it will be fine, but noted that some hosts do not remain fact-based. EMMIS News-Talk WIBC/INDIANAPOLIS’ DAVID WOOD addressed the issue as part of a larger societal move towards division and stressed the need for “entertainment value” in talk radio. Picking up on WOOD’s point, BERTOLUCCI said that her approach to a controversial opinion is “show me the math,” demonstrating how a host came to their opinion. “I don’t want to hear out of anyone’s mouth what they are, I want to understand who they are,” she said, suggesting that hosts not identify as an ideology but explain why they believe what they believe. ANDERSSEN, in agreement, said that hosts can have opinions but “they’d better be able to back that opinion up” and then “let the listeners decide.” “Social media is deadly because you can’t go into depth there,” OLIVIERO added.

On the danger of right-wing extremism to the format, KITCHIN pointed instead to social media and its enabling of anonymous posting of vitriol; he said that broadcasters “do live by great standards” and offer both sides of the conversation without getting proper credit; he blamed writers on the internet who point out radio extremism for the industry’s poor image regarding inflammatory material. “We have so much to be proud about,” TALBOTT added, citing ratings and advertiser loyalty.

The panel also discussed issues like ratings (BERTOLUCCI giving some credit to total line reporting for KFI’s recent ratings success) and remote working for talent post-pandemic (ANDERSSEN saying that “the new normal” will be whatever is right for the individual show or station; WOOD defining “the new normal” as “flexibility”).

The afternoon agenda opened with BERTOLUCCI interviewing PREMIERE NETWORKS and iHEARTMEDIA News-Talk WOR-A/NEW YORK host BUCK SEXTON about his career, starting with his work as a CIA analyst and then his transition to talk radio at GLENN BECK’s THEBLAZE and later at PREMIERE and WOR. Scheduled next was a panel of music hosts who have crossed over to radio, with consultant DAVID G. HALL hosting COX MEDIA GROUP News-Talk WSB-A-WSBB (95.5 WSB)/ATLANTA’s ERIC VON HAESSLER, COX MEDIA GROUP News-Talk WOKV-F/JACKSONVILLE’s MARK KAYE, syndicated “MARKLEY, VAN CAMP AND ROBBINS” co-hosts JAMIE MARKLEY and SCOTT ROBBINS, and syndicated host TODD SCHNITT, closing with a tribute to someone else who transitioned from being a Top 40 jock to talk radio, the late RUSH LIMBAUGH.