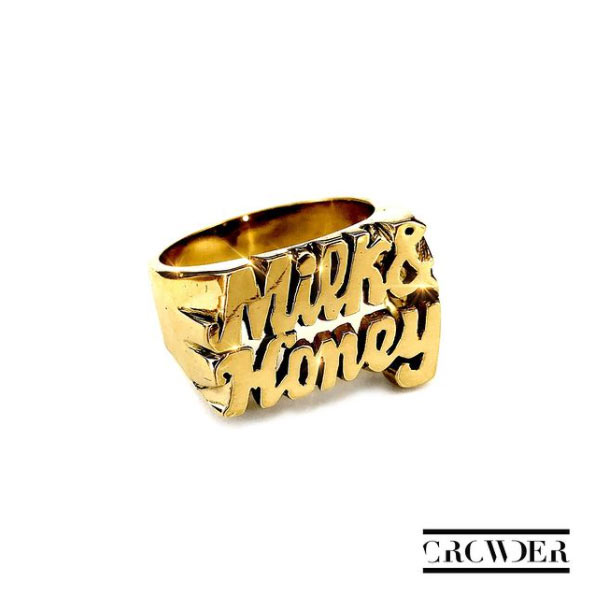 Today, singer/songwriter and worship leader David Crowder announced a new studio album titled Milk & Honey is due out this June 11th. Check out Crowder’s announcement below with details about the project.

“Instagrams, I’ve got happy news! We’re releasing a brand new, full-length album titled “Milk and Honey” on June 11th. We’ll also be dropping a few new songs between now and then that I can’t wait for you to hear.?
?
The title “Milk and Honey” is about promise. When God brought his people out of Egypt, He was leading them to the land of Canaan, a land full of every good thing, flowing with milk and honey. But to get there, He led them into the wilderness. Although they were no longer captives, it was gonna be a long, difficult journey to the land of promise. Mercifully, Almighty God in His sovereignty understood how doubt can creep in and faith in His covenant promise can be eroded and robbed by circumstances and surroundings. So He gave constant reminders that He was leading and that He was with them — fire by night and a cloud by day. ?
?
During a season of desolation and wandering, I’ve been writing songs to remind me that we are headed somewhere beyond this — songs that remind me that it is the God of Abraham and Isaac, the God of Jacob, Moses and David, the God who promised a Savior and a way back to Him, it is He that we follow and He has not left us alone. ?
?
On the other side of the desert is a land of covenant promise — where the blind see, the lame walk, the tears are dry, the lamb and the lion are like best buds and we see face-to-face the One who made us. ?
?
In between captivity and promise, we need to be reminded. We need something to sing, or hear, or touch, or see in the sky — a signal of what the truth of reality is. If we look and are diligently aware, it’s all around us — in His holy scriptures, in His people, in the beauty of this world that He spoke into being, in images as concrete and as simple as a ring you can slip on your finger to remember: He is God, and He is good. ?
?
This album is a celebration of the future we are marching towards together and a prayer that each of us can live in this promise in the here and now.?
?
Grace and peace,?
Crowder”


For more info on Crowder, visit the JFH Artists Database.