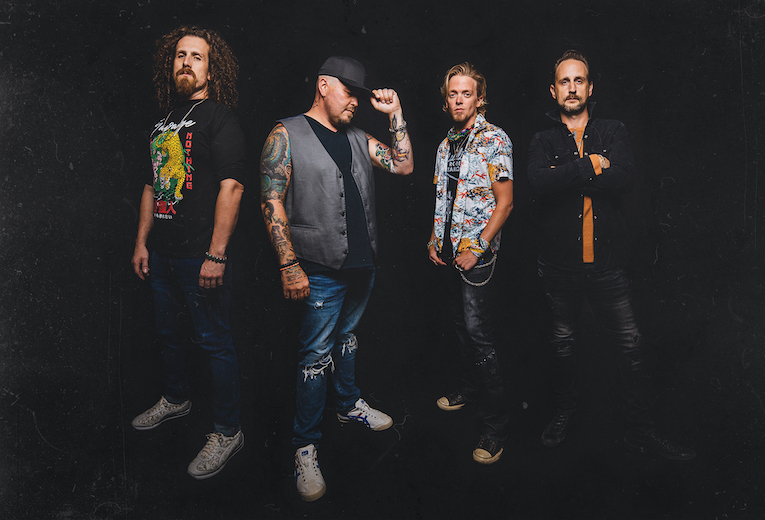 BLACK STONE CHERRY has released a new digital single, ‘Again (Live),’ taken from their Live From The Sky streaming event recorded last October. The show coincided with the release of their new studio album, The Human Condition, out now via Mascot Records/Mascot Label Group.  This week, the song enters the Top 15 at rock radio, while the song has surpassed 4 million streams. The cumulative count for repertoire on The Human Condition surpassed 17 million plays.

Guitarist Ben Wells tells us, “Again was the first song we played together live after not playing together for 8 months. You can definitely feel the energy and passion in this performance. An energy and passion that we cannot wait to bring back to the stage in front of audiences this Spring.” Watch the video below.

The event was staged at SkyPac in Bowling Green, KY and sponsored by Black Bear Energy (www.blackbearb12.com). The Kentucky rockers performed a string of tracks from The Human Condition for the very first time live, along with hits, deep cuts and various fan favorites.

Watch “Again” (Live From The Sky)

From September 9 through the 29, Black Stone Cherry will stage a tour of the U.K., closing the run of shows at Royal Albert Hall in London.  In November, a second European leg of dates is planned, bring Black Stone Cherry to Germany, Norway, Sweden, Denmark, Austria, Hungry, Italy, Switzerland, Spain, and France.  In March, 2022, the band will return to Australia and New Zealand. For tickets and more information visit here.