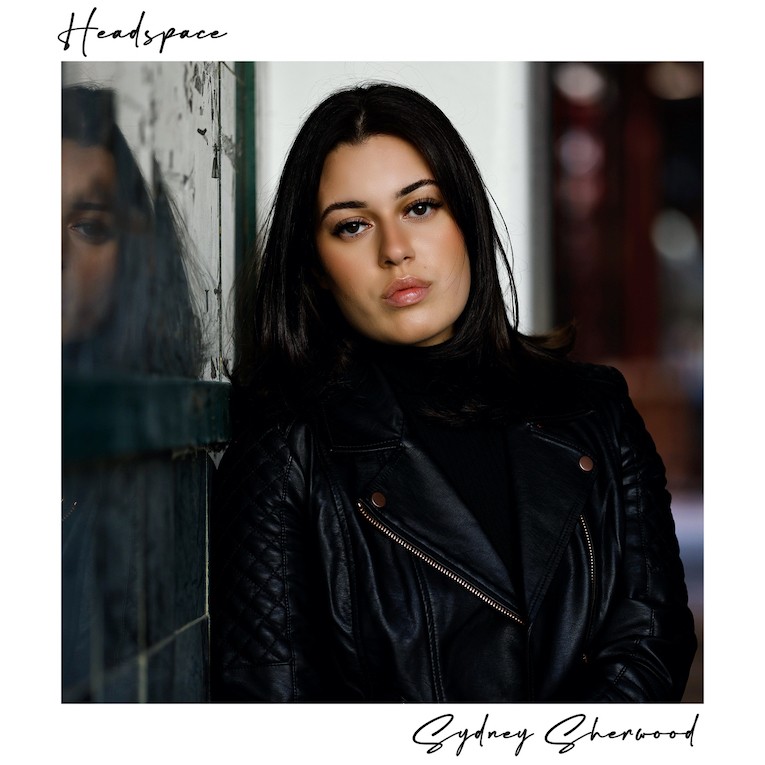 New Jersey’s own Sydney Sherwood, a singer-songwriter of no small ability, puts her genuine self before the world on her new EP Headspace. Released February 27, 2021 on Keep It Simple Records, the set aims high and resonates deeply, especially for a work by an artist who is just 18 years old. Sherwood’s creative space is muscular alternative rock that punches way above its weight and gives her an identity that’s distinct from the many acoustic songwriters out there plying their trade. The tracks were produced and co-written by Brian Craddock, guitarist of Daughtry and owner of The Cat Room Recording Studio in Nashville, Tennessee and show Sydney expanding into her talents and creating something that could well conquer the world.

Sherwood found comfort in music and began playing guitar and singing for an emotional release when her brother was diagnosed with cancer. She started writing songs when she was 13 and her debut effort, Beauty from Ashes, came out in 2019. Since then, she has grown both as an artist and as a childhood cancer advocate, giving voice to the stricken and their families. Sherwood also received a golden ticket to Hollywood from American Idol celebrity judges Katy Perry, Luke Bryan, and Lionel Richie in 2019, which was a big career boost. Headspace is Sherwood’s pandemic record, written and recorded during our lockdown year. She uses it to bravely confront difficult topics, including her own mental health issues, and to make the kind of personally authentic music we all need now more than ever before.

Sherwood’s opening song “Wolves” fades into view with a trippy, exotic interlude before launching into a bigger-than-life rock shuffle. Her groove is moody and evocative, even at full gallop, and her voice is sultry and hypnotic. Lyrically, she covers the dark turf of loneliness and abandonment in the name of keeping the titular wolves at a distance. Sherwood puts all that she is into her vocal performance and lets her belt carry the day and the chorus. The track keeps its edges and feels like a mix of 90s attitude and 2021’s complicated emotions.

“Creep” is Sherwood’s lead single taken from Headspace and deals with the inside experiences of anxiety and panic attacks. “I really wanted to give an inside look on what anxiety feels like, the emotions you experience while in a panic attack, and the idea that the same mind that thinks of the beauty of life is also the one that thinks negative thoughts which can really drag you down,” she said. The song hits that target directly while also being highly melodic and radio-worthy. It’s a smoldering track that communicates Sherwood’s stress and the resulting numbness that follows in its wake. It’s an amazing cut that’s destined to win over a million new fans.

“Born To Roll” is a cool mid-tempo tune with a chugging feel and another big chorus. Again, Sherwood’s emotive style demands total attention from the listener and she conveys a presence on the microphone that can’t be faked. Her voice is a traffic-stopper and she puts down vocal tones and a sense of phrasing that are unstoppable. All six cuts on Headspace deserve your ears, so don’t miss gems like “Horizons Edge” and “All The Aces.” Sydney Sherwood is the rock vocal discovery of the year, delivering a fresh, turned-up sound that’s going to spread like wildfire. You’re going to want to get in on this party.