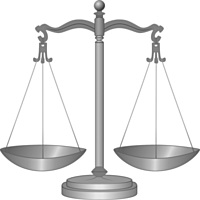 The ruling, after a video hearing THURSDAY (3/11), comes after PATRICK filed a supplement with the court pointing out that STOLZ has “continued to dribble out information” that “further strengthens the evidence that STOLZ has not been forthright with the Court” because he has been releasing information that was not in his original responsive filing to PATRICK’s Receiver’s Supplement and waited until after PATRICK had to report to the court to submit the additional filing. PATRICK charged that STOLZ lied about payments from promoter STEVE ZAP that PATRICK has characterized as payola/plugola, and noted that STOLZ’s most recent filing includes evidence of “scores of payments” of over $300,000 by ZAP in 2020 after STOLZ initially claimed in testimony that ZAP only made “one or two” payments.

STOLZ’s failure to pay music royalties led to the court appointing PATRICK as receiver to operate and sell the three stations. STOLZ has been fighting the receivership appointment but his attempts to avoid losing control of the stations have been unsuccessful and led to his brief detainment for contempt in FEBRUARY.