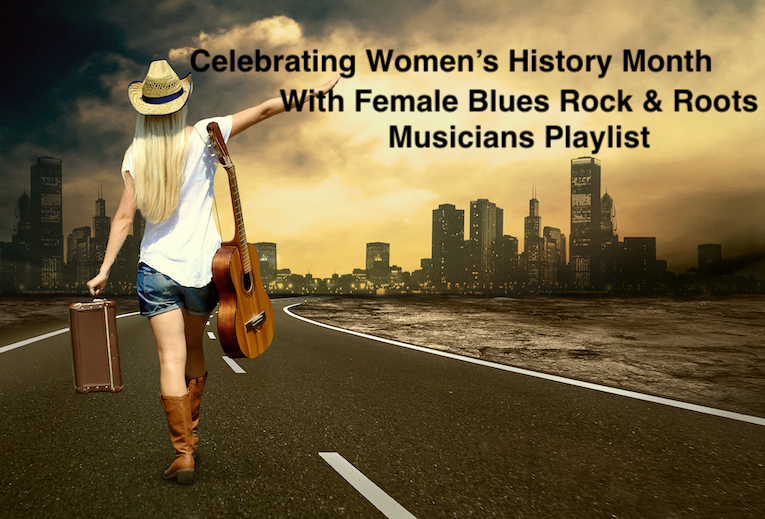 March is Women’s History Month, a time to celebrate women for their achievements. Not only do we celebrate female blues, rock and roots artists, but we celebrate all women in music, culture, science, art, entertainment, education, politics and more. From the female music pioneers to current artists making their mark on the music industry, we celebrate their talents, power, strength and all around badassery.

I compiled 45 songs for Women’s History Month with music by female blues, rock and roots artists, from some of the pioneers through to many current celebrated artists. Vocalists, singer/songwriters, guitarists, pianists, and more. From Ella Fitzgerald to Bonnie Raitt to Beth Hart, Samantha Fish, Sheryl Crow and many more, it’s time to celebrate women who inspire us through their greatness.

Let’s continue to celebrate Women’s History Month by listening to these female musicians. Blues, rock and roots music (particularly guitarists) still seems to be a male dominated field but the women are catching up. Let’s show them some love by listening to their music.

Enjoy the playlist below!