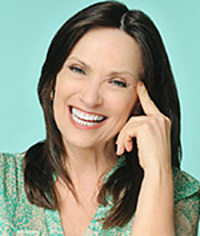 
Industry veteran SHANNON McCOMBS has been nominated for the 2021 Class of the TENNESSEE RADIO HALL OF FAME. The 10th anniversary induction will take place on SATURDAY, JULY 31st (NET NEWS 1/4).

“I’ve been in radio my entire life, even when I was a kid, I pretended to be in radio,” said McCOMBS. “Along with my brother and cousin, we would play DJ for hours with our cassette recorder. So, the fact that my peers have honored me in this way is extremely humbling.”

McCOMBS began her career in Southern KENTUCKY as on-air talent, station manager, PD and MD for five radio stations. One in NASHVILLE, she worked at Rock WKDF, where she consistently ranked #1 in the market. During her last year at WKDF, she began to transition into Country music and started hosting a show for THE NASHVILLE NETWORK. McCOMBS currently serves as a host and producer for CDX COUNTRY NEWS (NET NEWS 5/8/19).

Her experience also includes producing artist-hosted shows for RYMAN HOSPITALITY PROPERTIES WSM-A/NASHVILLE, with artists including DIERKS BENTLEY, PAM TILLIS, DIAMOND RIO’s DANA WILLIAMS and many more. She also spent time on the air there, and was also a fill-in afternoon host on iHEARTMEDIA WSIX/NASHVILLE.

McCOMBS worked with BROOKS & DUNN’s KIX BROOKS as a writer and producer of his syndicated “American Country Countdown” show. She was also hired to help launch SIRIUSXM RADIO, and establish its presence in the Country music industry in NASHVILLE.  In the late ’90s, McCOMBS launched the very first syndicated show for Americana music. As co-creator and owner of the company, she wrote and hosted the show each week.

She also hosted all of the backstage interviews for the GRAND OLE OPRY’s “AMERICA’s OPRY WEEKEND,” a syndicated show that ran for 13 years. Prior to that, she hosted the OPRY’s “Backstage Live” show on CMT.