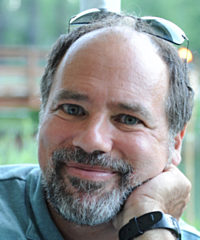 
S-CURVE RECORDS founder STEVE GREENBERG, whose musical exploits range from the BAHA MEN’s “Who Let The Dogs Out” and HANSON’s “MMMBop” to BETTY WRIGHT and JOSS STONE, has left BMG and the label he founded in 2000 and sold to the company in 2015.

GREENBERG will continue to manage the sibling pop-rock trio AJR, currently enjoying a huge radio hit with “Bang” and an album release MARCH 26th. That group and all the other artists on the S-CURVE roster will be absorbed by BMG. Among the artists on the roster were ANDY GRAMMER, LESLIE ODOM JR., WE THE KINGS, BAY LEDGES, RACHEL CROW, MAXI PRIEST, HAILEY KNOX, DURAN DURAN, FOUNTAINS OF WAYNE, SARAH HUDSON, TOM JONES, DAVID BROZA, SWAMP DOGG, CARE BEARS ON FIRE and TINTED WINDOWS, the band formed by TAYLOR HANSON, ADAM SCHLESINGER and BUN E. CARLOS. The label’s 2011 release by BETTY WRIGHT AND THE ROOTS, “BETTY WRIGHT: The Movie,” was nominated for a GRAMMY in the “Best Traditional R&B Performance” category.

GREENBERG, a noted pop music scholar with his own podcast and frequent curated SPOTIFY playlists, also worked as a freelance writer.  He served as an executive at MERCURY RECORDS (where he brought HANSON to the label) and President of COLUMBIA RECORDS.

Noted BMG President Of Repertoire & Marketing, LOS ANGELES & NEW YORK THOMAS SCHERER, “We are grateful for all STEVE has accomplished during his time with BMG and the success we’ve achieved throughout the highly-successful integration of S-CURVE into BMG. We wish him the best and look forward to continuing our work together in his next chapter.”