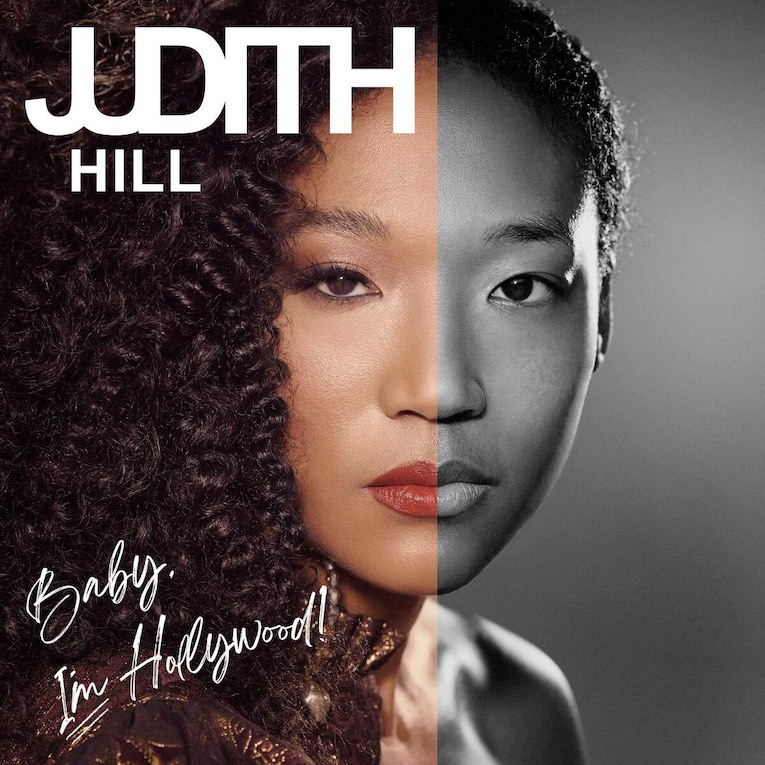 Grammy Award-winning singer-songwriter, vocalist, and multi-instrumentalist Judith Hill rocks everything the good Lord gave her on her brand new album Baby, I’m Hollywood!. Set to drop March 5th, 2021 via The Regime Music Group, the record is a powerful statement of talent and intent for Hill and shows her to be deep water, indeed. Her sound is a compelling mix of piano balladry, vintage soul sweetness, and bold psychedelic funk/rock that packs a knockout punch and needs to be heard to be fully understood. She takes listeners on a self-produced voyage that winds through the past, present, and future of Black music while always maintaining her original creative space and identity. “‘Baby, I’m Hollywood!’ personifies Hollywood as a woman,” Hill explains. “The music captures her free spirit, yet lyrically, it underlines the pain she has endured. It is very much a reflection of my life and how it has been growing up in the entertainment business.”

Hill is a major talent who has worked with some of the biggest names in the business. She was blessed to be a protégé of the late Prince, who co-produced her debut album Back In Time. As a vocalist, she has appeared alongside Michael Jackson, Stevie Wonder, Elton John, and Ringo Starr and opened for John Legend and Josh Groban. She was Jackson’s duet partner on the classic ballad, “I Just Can’t Stop Loving You,” which later became a highlight of Jackson’s posthumously released film This Is It. She appeared in the Oscar-winning documentary 20 Feet From Stardom, a behind-the-scenes look at the lives of several acclaimed background singers, including Hill, who earned a Grammy Award for “Best Music Film” for her participation. She was also a finalist on NBC’s hit show The Voice. She’s a leading light in contemporary music and has a wide-open future ahead of her.

Hill opens the record with the delicate melancholy of the piano/vocal serenade “When My World Is Blue.” It’s a classy move that puts every bit of listener attention on her emotive vocals and the atmosphere they create. Hill is confident enough to eschew the typical bombastic first track most albums contain and instead rely on her artistry as a songwriter to introduce her new music to the world. The song is beautiful, genuine, and unforgettable. From there, Judith launches into her funky and psychedelic title cut “Baby, I’m Hollywood” and turns the heat up high. It’s an upbeat, classic rock-imbued jam that lets her release that big voice and get the people moving. The bass line rocks the joint, the guitars crunch and weave, and her most excellent vocals preside over it all. You might as well order some bigger speakers because this one demands to be heard.

“Americana” is a thoroughly modern song that delivers a load of strong social commentary. It’s a hard, lowdown, funky track that calls for change and questions what it really means to be an American. Synths, basses, and vocals drive the song’s strident message and give it an individualistic vibe that matches Hill’s lyrical content step for step. It’s a big flex but Hill wears it well. “Burn It All” dips back into her psychedelic soul bag and nicely blends a lysergic verse with a chorus and middle full of bare-knuckle attitude. Few artists could make this combination make sense but Hill shapes it into one of the set’s finest moments.

“Wanderer” is an easy-grooving piece of throwback soul music that sounds like a bright summer day. Hill shows her smoothness on the song’s first part before leading it into a darker, heavier section that catches you off guard the first time through. It’s an epic track full of everything that makes funk music great. Other equally amazing cuts include “Miss Cecelia Jones” and “Candlelight In The Dark.” Judith Hill definitely takes it to the house over and over on Baby, I’m Hollywood and has crafted a batch of songs that should make her a global sensation. Overlook this record at your own risk. Highly recommended.