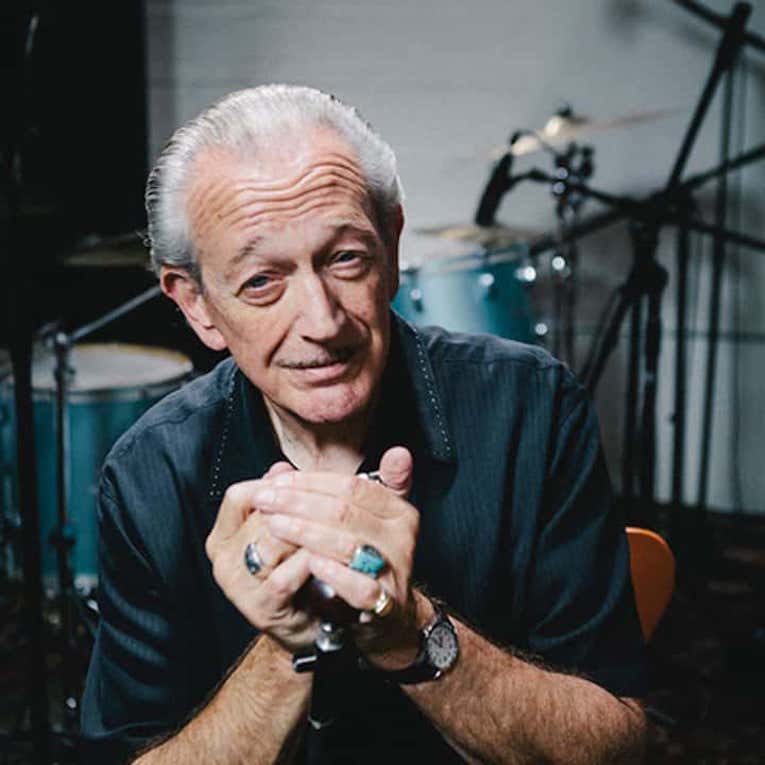 Charlie Musselwhite says, “’Blues for Yesterday’ is a tune I made up going down the highway and I think it speaks for itself. I’m sure many of us these days experience some form of blues for yesterday. Luther, Cody and I had been doing this tune on the road touring together, so it was a natural to include it here. There was such a wonderful and strong resonating vibe between all of us in the studio and I think that strong vibe comes through on this tune.”

The New Moon Jelly Roll Freedom Rockers put down some percolating old-school boogie blues on the group’s new track “Blues For Yesterday (ft. Charlie Musselwhite)” It’s a cool, chilled-out shuffle that spotlights Musselwhite’s harp and vocal skills as well as the deep blues cred of this veteran crew. If you like it lowdown and real, it doesn’t get any better than this!

Listen to “Blues For Yesterday”

As on the first volume, New Moon Jelly Roll Freedom Rockers Vol. 2 crosses the generations of new blues-rockers and classic blues statesmen. It is a testament to the great experience and talent of these esteemed performers that they could casually conjure a recording of this quality out of the ether in a casual jam session — sounding as if you are right there in the room with them with between-song banter and commentary, the classic structures of the blues, being pulled together and teased apart by some of the most award-decorated members of the blues elite.

For more than 12 years, those recordings’ existence was mentioned only obscurely in interviews, and referenced as a great old-school recording by those few witnesses. It was recorded live off-the-floor over several days, where the musicians all sat in one big circle in the studio and played quietly amongst the microphones, taking turns singing out in the room and improvising on the spot. Since Jim Dickinson’s passing in the summer of 2009, the recordings just hung out in the archives – waiting. When Stony Plain founder Holger Petersen heard about the sessions in 2019 and expressed his enthusiasm to release it, Luther Dickinson and his partner/engineer Kevin Houston finished the production of the albums.

The New Moon Jelly Roll Freedom Rockers Vol. 2 repertoire is a mix of righteous takes on such musical chestnuts as Doug Sahm’s “She’s About a Mover,” Junior Wells’ “Messin’ with the Kid” and Jimmy Reed’s “Can’t Stand to See You Go,” sidled comfortably alongside original songs that make for a beautifully soulful listening experience. 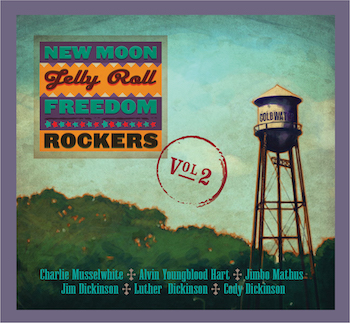