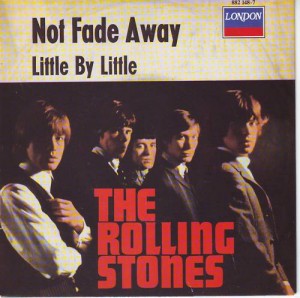 1964, The Rolling Stones made their second appearance on BBC TV show Top Of The Pops performing “Not Fade Away.”

1967, Pink Floyd continued working on their debut album The Piper At The Gates Of Dawn at Abbey Road Studios, London. With the exception of two group-composed instrumentals and one Roger Waters song, the album was written entirely by Syd Barrett.

1969, The Grateful Dead played at the Fillmore West, San Francisco.

1971, Small Faces, The Grease Band, and Savoy Brown appeared at The Warehouse in New Orleans, Louisiana.

1971, Five months after her death, Janis Joplin started a nine-week run at number one on the album chart with Pearl.

1973, The Rolling Stones played at the Randwick Racecourse in Sydney. 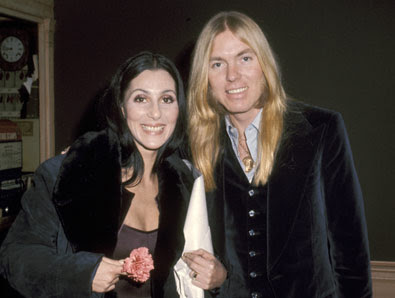 1974, Cher filed for divorce from Sonny Bono. Cher married Gregg Allman from The Allman Brothers band on June 27th of the following year.

1976, The Who begin a European tour at Hallenstadion, Zürich, Switzerland.

1977, Keith Richards was arrested by the Royal Canadian Mounted Police at Toronto’s Harbour Castle Hotel, for possession of heroin and cocaine. Bail was set at $25,000.

1977, Led Zeppelin cancel the first date of their world tour in Dallas after Robert Plant comes down with tonsillitis.

1980, Winners at the 22nd Grammy Awards included: Song of the year, “What A Fool Believes” by The Doobie Brothers, Album of the year, Billy Joel’s 52nd St, and Best new artist, Rickie Lee Jones.

1981, The first Who single recorded after Keith Moon’s death, “You Better You Bet,” is released in the UK. The b-side is John Entwistle’s song “The Quiet One.” It reaches number nine on the charts.

1993, Whitney Houston’s “I Will Always Love You” spent 14 weeks at number one on the US singles charts, giving her the longest ever US chart topper, taking over from Boyz II Men’s hit “End Of The Road,” and became the second biggest selling single in the US.

2004, A worker in a supermarket in Aspen, Colorado alerted the police-after seeing a man shopping with his face covered by a mask. Police arrived on the scene and identified the man as Michael Jackson who was in town on holiday with his children.