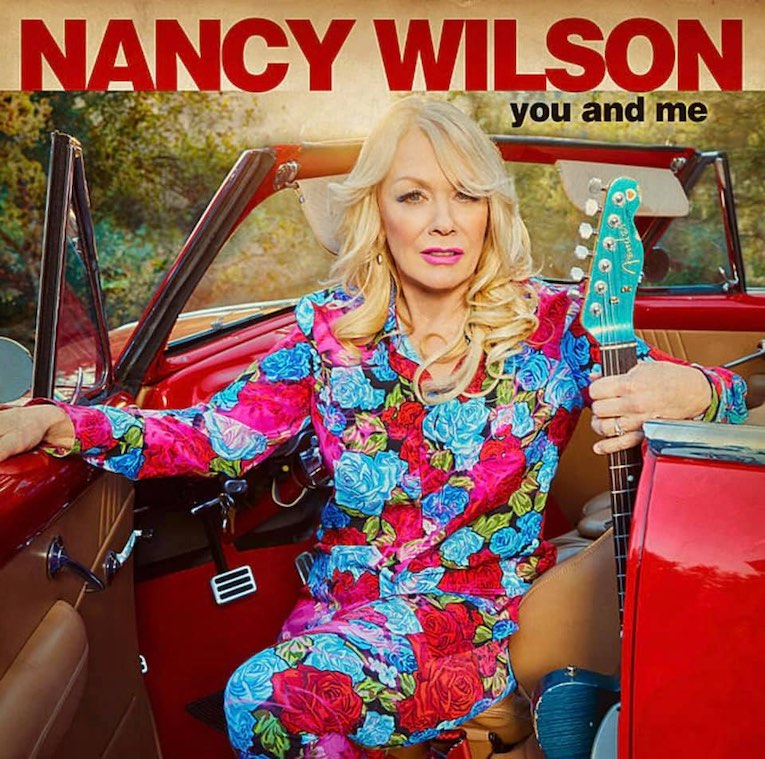 (Los Angeles, CA) – February 22, 2021 – Co-founder, guitarist and Rock and Roll Hall of Fame inductee Nancy Wilson of Heart is set to release her first ever solo album, You and Me on May 7, 2021 via her new label, Carry On Music. The album was recorded primarily in Wilson’s California home studio, working with band members and special guests remotely. “Being off the road last year from touring with Heart, and at home with my good guitars and amps out,” Wilson says, “I felt like I was once again able to reconnect with my pre-Heart self, my college-girl self, creating poetic, intimate and romantic songs, which pretty much is what I first brought in to Heart.”

Most of the tracks are originals, but Wilson decided to include a handful of covers by a few of her favorites, including a female perspective of Pearl Jam’s “Daughter,” a stirring turn of Simon & Garfunkel’s “The Boxer” featuring Sammy Hagar, and an ethereal cover of the Cranberries “Dreams,” featuring Liv Warfield (Prince) from Nancy’s previous band Roadcase Royale. The first single from the album is Bruce Springsteen’s “The Rising.” “During this horrific time in the world, with all this enduring loss, it seemed like the right time for an aspirational song about hope and perseverance,” Wilson says.

The other eight tracks are originals, mostly acoustic ballads, but there are also some rousing rockers like “Party at the Angel Ballroom” which features a superstar backing band, including Duff McKagan of Guns N’ Roses and Taylor Hawkins of the Foo Fighters. The album ends with a song that captures the full spectrum of loss, love and redemption in one instrumental coda. Titled “4 Edward,” it is Nancy’s tribute to Eddie Van Halen, whose 2020 loss still looms large over music. Nancy came to know Eddie when Heart toured with Van Halen, and she once asked him why he didn’t play acoustic. “I don’t have one,” he told her, which she immediately rectified. Eddie took the guitar she gave him and wrote a song on it that stole Nancy’s heart. After his death last year, Nancy knew she had to return the favor.

The title track “You and Me,” as with several of the songs on the album, reunites Wilson with longtime collaborator Sue Ennis, who co-wrote many of Heart’s classics with Nancy, and sister Ann. “I’ve known Sue since I was 12,” Nancy says. “Back then she was a high school friend of Ann’s. We’ve always worked well together.” The single will be released digitally on March 8, 2021 with an album pre-order set to launch the same day. Fans can pre-save the track, here.

With her band Heart, Nancy Wilson has recorded 16 albums, sold over 35 million albums worldwide and has four Grammy nominations. She had previously released one other album with just her name on it, Live at McCabe’s Guitar Shop, which captured her playing a set of covers and new songs in 1999. But considers this her first true solo album, a positive creative move amid a surreal year of loss; life during lock down.

“I don’t know why it took me so long to do this,” she laughs. “Maybe I was stuck in traffic, maybe I was stuck in the Heart vortex of it all.” But in a year with “no traffic,” Wilson finally found a place for the music she’s been writing in her head for decades.

You and Me Complete Tracklisting