BC Camplight releases his third and final album in the ‘Manchester Trilogy’ and says this one is “An examination of madness and loss”. Brian Christinzio, the linchpin and creative force behind BCC, himself quite open and honest about his continuing struggles with mental illness, says, “I hope it starts a long overdue conversation”. The new nine-track album follows on from Christinzio’s 2018’s ‘Deportation Blues’ and is billed as the “finest” of the three loosely linked albums that started with 2015’s ‘How To Die In The North’. 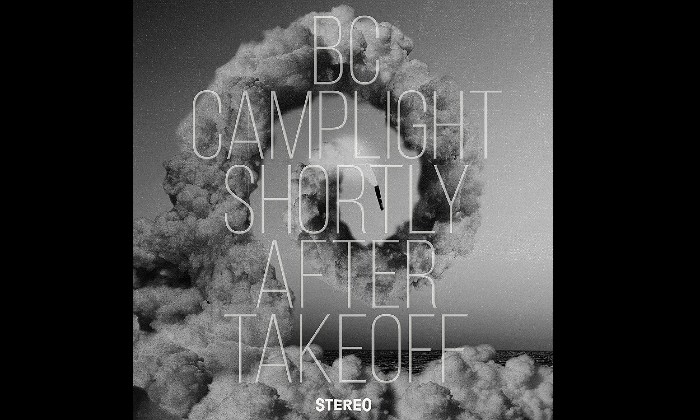 Brian’s talents are many; he’s a multi-instrumentalist, a great performer, creatively fertile and a very accomplished singer-songwriter. Where he makes all of this work on a whole other level, however, is in his ability to craft a song from sometimes seemingly disparate streams and meld them into something unique and wonderful, something hard to imagine and something wholly individual. On his latest album, ‘Shortly After Take Off’, he has once again tapped into this genius and produced some wonderfully weird and wonky songs.

The new album is insightful, intelligent and at times blackly comic. Its reference points are many and varied, drawing on popular culture and touchstones of society. Christinzio goes from singing about John McClane and Die Hard to Rachel Riley, Ray Liotta, Tame Impala, Nando’s, Irn Bru, Oldham chippes and even The Arndale Centre. The way in which Brian drops these things into his lyrics is similar (and I mean this as equally complimentary to both artists) in some respects to Lana Del Rey. Each reference is immediately identifiable, whether as a character, a person or a place and so it instantly complements and adds to the songs’ imagery.

BC Camplight’s fifth album opens with a Duane Eddy-like guitar riff on ‘I Only Drink When I’m Drunk’, a song with layered vocoder harmonies that wouldn’t be out of place on an ELO record. The title track and current single itself mixes Soft-Rock keys with a sun-soaked ’60s crooner soundtrack that borrows a hook from The Italian Job’s ‘On Days Like These’ whilst previous single ‘Cemetery Lifestyle’ mixes elements of Garage Rock and ’80s pomp. It’s all over the place and yet it all comes together under the BC Camplight umbrella to give up some great songs.

There are some more conventionally arranged songs, like the wistful piano ballad ‘Arm Around Your Sadness’, but it is undoubtedly on the songs where Brian Christinzio mixes things up and draws on a wider variety of influences and styles that he really triumphs. As with his biggest successes to date, ‘I’m Desperate’ and ‘I’m In A Weird Place Now’, Brian’s highpoints on ‘Shortly After Take Off’ rely on his ability to fuse the unfamiliar into a cohesive, engaging and compelling song.

Lyrically the whole album is full of leftfield gems, wry observations and humorous anecdotes. On ‘Cemetery Lifestyle’ Brian sings, “I woke up in a Nando’s car park dressed in a banana suit, this wouldn’t bother me so much if I owned a banana suit” and on ‘Born To Cruise’ he recounts his driving shortcomings, “I’ve had my indicator on since leaving Crewe, that explains the gestures in my rear view”.

Where each element combines effortlessly, a synchronicity occurs which elevates the entire song. This might be in a subtle way, such as on ‘I Want To Be In The Mafia’ where BC mixes keys, drum machines and full blown cinematic bass drums or on the completely obscure, such as ‘Ghosthunting’ where BC begins with a stand-up routine and blends in the most beautiful harmony before dropping in a disturbing, distorted, sinister string-laden chorus. Where this technique of cutting and pasting, fusing and melding, manipulating and mashing up works best on this album is on its lead single. ‘Back To Work’ also employs strings to enhance the arrangement and also has some great melodies but it is also more immediate, more commercial and so more memorable for it. The warped Flat Eric like bass line is a killer hook.

BC Camplight’s latest album continues in a similar vein to its predecessor to offer up an intriguing and very interesting album that it is difficult to imagine anyone but Brian Christinzio being able to pull off. The creativity alone is at times astonishing and the songs uniquely crafted works of art.

5 Albums I Can’t Live Without: Dan Reynolds of Imagine Dragons