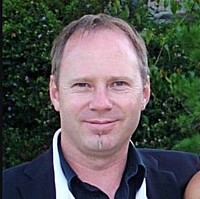 LEGRETT said, “It is with mixed emotions that I announce ANDREW JEFFRIES is departing iHEARTMEDIA-LOS ANGELES.  ANDREW and his family have made the decision to return to NEW ZEALAND to spend more time with family and friends.

“Even though he will be leaving LOS ANGELES, ANDREW will continue working with iHEARTMEDIA as we build-out new technology and advance our digital offerings. These responsibilities are still being finalized, but rest assured—he will still be a part of our future.

“ANDREW has had, and continues to have, a profound impact across our iHM-LA 8 radio stations, digital stations/properties, marketing/promotions, podcasting, data and our engineering department over the last 10 years. He has played an integral role in the development the iHM-LA culture, operational structure and brands and he will be difficult to replace. I would personally like to wish him and his family the best of success in all future endeavors.

“Along with that news, I am thrilled to announce that iHEARTMEDIA’s Chief Programming Officer/President of National Programming Group, TOM POLEMAN, will be handling the Los Angeles Region with me and have major involvement in all aspects of our brands.

“Since ANDREW informed me of this decision, TOM, BRAD HARDIN, GREG ASHLOCK and I have been working behind the scenes on plan to fill this void. More to come over the next few weeks.”