1965, Filming began on The Beatles follow up to A Hard Days Night on location in the Bahamas with the working title of Eight Arms To Hold You.

1966, During an 11-date tour of Australia and New Zealand The Rolling Stones played the first of four nights at the Palais Theatre, St Kida, Melbourne.

1968, The Who performed at Winterland Ballroom in San Francisco.

1969, The Who take part in a charity event at the Roundhouse in London. Proceeds pay the legal fees of students who had staged a sit-in at the London School of Economics. Other performers include Feathers (David Bowie’s mime troupe), Cat Stevens, Pete Brown’s Battered Ornaments, the Third Ear Band, and Occasional Word Ensemble.

1970, Appearing at The Roundhouse Spring Festival in Camden, London, David Bowie and the Hype. It was the first live performance of the new band, along with Bachdenkel, Groundhog and Caravan. 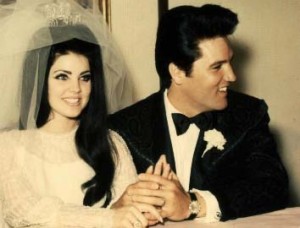 1972, After nearly five years of marriage, Priscilla Presley moved out of Elvis’ California home and into a two bedroom apartment near the Pacific Ocean. Their divorce would be finalized on October 9, 1973, with Priscilla being awarded an outright cash payment of $725,000 as well as spousal support, child support, 5% of Elvis’ new publishing companies and half the income from the sale of their Beverly Hills home.

1975, Roxy Music played at the Auditorium Theatre in Chicago.

1976, AC/DC shot the video clip for “It’s A Long Way To The Top, (If You Wanna Rock ‘n’ Roll)” for the Australian music television program Countdown. It featured the band’s then-current lineup, along with members of the Rats of Tobruk Pipe Band, on the back of a flat-bed truck traveling on Swanston Street in Melbourne, Australia.

1978, Sid Vicious of The Sex Pistols and Nancy Spungen were arrested in New York for possession of drugs.

1978, Winners at the Grammy Awards included Fleetwood Mac, Album of the year for Rumours, The Eagles, Record of the year for “Hotel California” and Best Pop Vocal performance, The Bee Gees for “How Deep Is Your Love.”

1981, Bruce Springsteen performed at the Omni Coliseum in Atlanta, Georgia.

1985, Stevie Wonder was arrested during an antiapartheid demonstration outside the South African Embassy in Washington; he was released after being questioned by police. 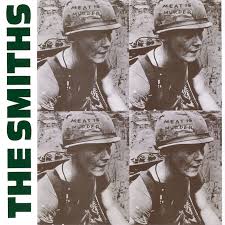 1985, The Smiths scored their first UK number one album with Meat Is Murder.

1986, Pete Townshend plays with The Rolling Stones at a private party at the 100 Club in London. The party is held to commemorate the death of the Stones’ long-time keyboardist Ian Stewart. Together Pete and the Stones play “Barefootin” and “Harlem Shuffle.”

1988, Michael Jackson played the first of two nights at Kemper Arena in Kansas City, Missouri. The first shows on the second leg of his Bad World Tour.

1991, Whitney Houston achieved her ninth US number one single in just over five years with her version of the Sister Sledge song “All The Man I Need.”

1995, American singer Melvin Franklin of The Temptations died of a brain seizure aged 52. He had the 1971 US number one and UK number eight single “Just My Imagination” and re-issued “My Girl,” a UK number two in 1992. In 1978 Franklin was shot in the hand and the leg when trying to stop a man from stealing his car.

2010, London’s Abbey Road studios was made a listed building, protecting it from plans to radically alter it. Culture Minister Margaret Hodge listed the studios on the advice of English Heritage saying it had “produced some of the very best music in the world.” The Beatles used Abbey Road for 90% of their recordings, naming an album after the studios in 1969.